Consolidation in the semiconductor industry continues apace, with more than $100 billion in mergers and acquisitions announced in 2015, and more to come in 2016. ÔÇťWith our industry growth rates being so low, itÔÇÖs a lot cheaper to acquire market share than it is to invest and beat your competitor over the head,ÔÇŁ said analyst Bill McClean, speaking at SEMIÔÇÖs Industry Strategy Symposium (ISS) in January. 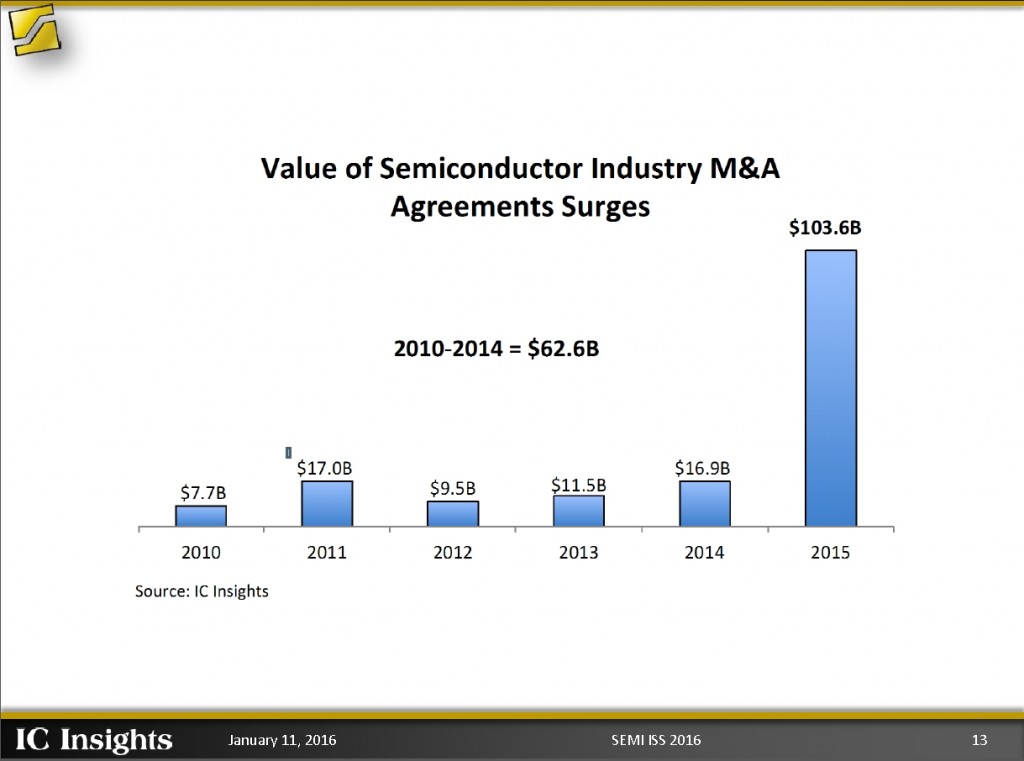 ÔÇťMore and more innovations are needed per node, per year,ÔÇŁ Raaijmakers said. ÔÇťLife was easy in the ÔÇś60s, ÔÇś70s and ÔÇś80s. In the ÔÇś90s, there were silicides added. In the 2000s, there were tantalum oxides, spin-on glasses and copper and low k. In 2010, we had high k and metal gate. We had porous low k materials, new barriers, SOI coming in. in 2015, we saw a lot of materials used for patterning. In 2020, we will attack the channel material, going from silicon to germanium to III-V materials and all associated materials.ÔÇŁ 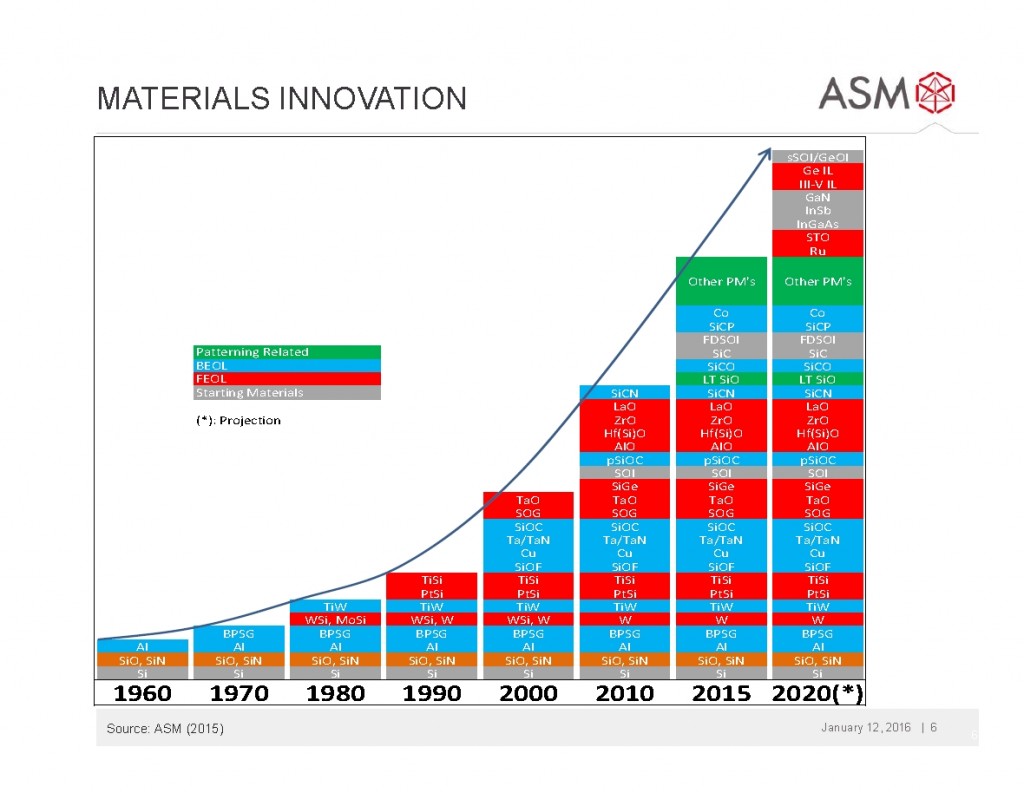 ╬Ě is the average success rate: what fraction of projects are successful, and

¤ä is the time constant: how long does it take from innovation to production

Since R&D budgets are fixed at about 15% of the overall revenue, the only two knobs to turn are the success rate and affect the time constant. ÔÇťWe are in deep trouble,ÔÇŁ he said, ÔÇťunless we manage ╬Ě and ¤ä.ÔÇŁ

The time factor does not offer much potential. On average, most successful innovations take 7-10 years from concept to high volume manufacturing. ÔÇťCan we decrease this by collaboration along the value chain?ÔÇŁ Raaijmakers asked. ÔÇťI think it will be difficult and if you can do it, it will not be a huge gain.ÔÇŁ

On the other hand, thereÔÇÖs much to be gained by the other factor, which is increasing the efficiency. ÔÇťCollaboration along innovation chain can significantly lower the risk of adoption. Are we all working on the right things to push through into manufacturing. How quick can you narrow down choices?ÔÇŁ said Raaijmakers. He added the such collaboration may increase the speed, but thatÔÇÖs not the major effect.

Collaboration across the chain increases R&D leverage and improves efficiency. ÔÇťThat means that two parts in the supply chain are not doing competing things or different things. They are working on one solution which is the solution for the industry.ÔÇŁ

He said successful companies will bring R&D much closer to the fab and high volume manufacturing, but while not forgetting R&D. ÔÇťYou have to be good at taking things into volume production and supporting it there. And you have to be good in R&D. Maintaining those two traits is not so easy, he said.