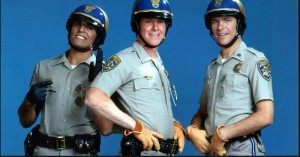 Back in the late 1970s, there was a TV show in the US called ChiPS which stood for California Highway Patrol. It was poorly written and even more poorly acted. Thank goodness thatâ€™s not what we are going to be talking about now.

The research wing of the Defense Department, otherwise known as DARPA, put out a broad agency announcement in Sept 2016 for a program called â€śCommon Heterogeneous Integration and IP Reuse Strategies with the same acronym, CHIPS [BAA-16-62] with an anticipated funding level of ~ $70MM. Multiple award are expected. Final proposal due date was Dec 16th and the estimated start date was reported to be ~ 4 months after proposal submission. The program is being run by Dr. Dan Green in MTO (Microsystems Technology Office).

Pay attention to this program because it has the possibility of creating a paradigm shift in how electronics are done today. The goal is to lower cost and decrease turn around time for military electronics, but design flows that will be created could have major impact on the industry as a whole. As IFTLE has said in the past few weeks, with the end of Moores Law, we are searching for high impact alternatives and this just may be it.

As the BAA describes it, DARPA expects participants to â€śâ€¦leverage existing designs that would benefit from translation to a modular framework in order to enable reuse of captive IP, include commercial IP, or allow faster redesign and update cycles.â€ť A key feature of CHIPS is the establishment of standard interfaces to promote the reusability and interchangeability of modular circuit functional blocks or chiplets. In the first phase of the program the community will â€śconverge on a limited number of interface standards that are broadly useful.â€ť 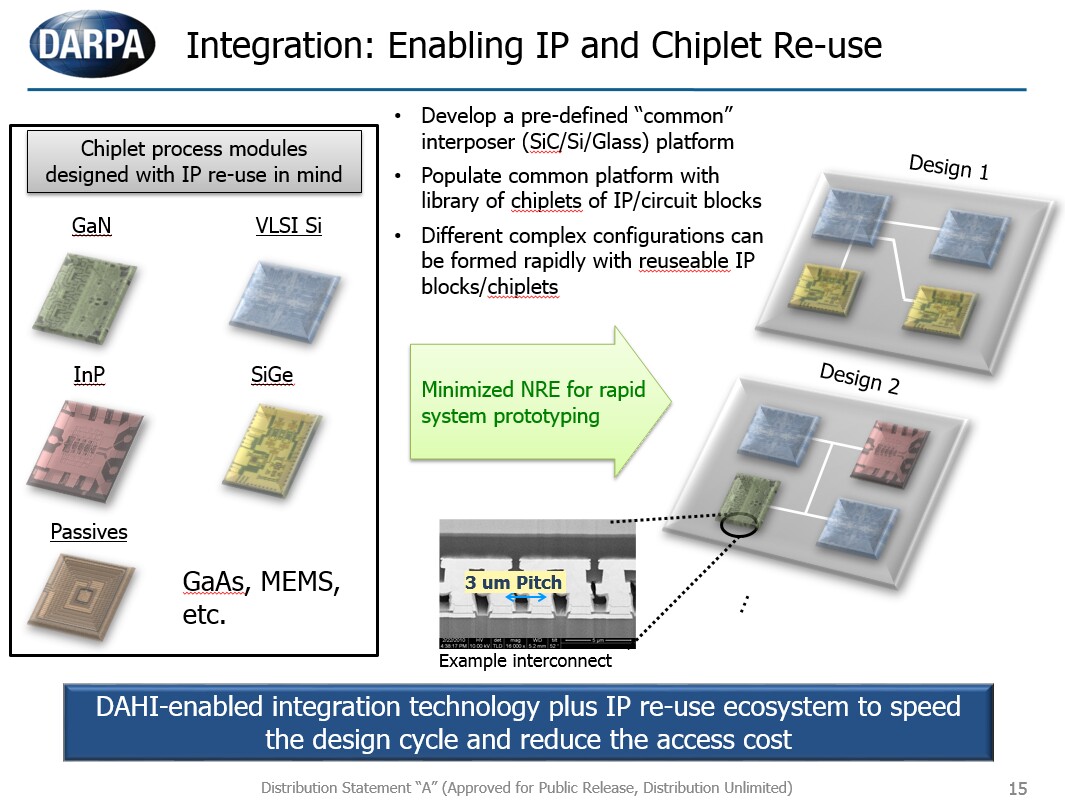 SoC (system on chip) technology has been driving the industry for several decades as further functions were implemented on chip. We are now looking at a reversal of this process. DARPA called it â€śdis-aggregationâ€ť IFTLE prefers to call it â€śdisintegrationâ€ť. Once in place it wil allow you to replace only functions that need to be upgraded and not have to redesign and remanufacture the whole SoC chip. Whatever you want to call it, it looks like exciting times are ahead and you will be sure IFTLE will keep you informed on all new CHIPS info as it becomes public.

OSAT consolidation continues as Amkor and NANIUM have announced that they have entered into an agreement for Amkor to acquire NANIUM. NANIUM is based in Porto, Portugal, has 500+ employees and sales of ~ $40 million in 2016. Terms of the transaction were not disclosed.

The acquisition of NANIUM will strengthen Amkorâ€™s position in the fast growing market of wafer-level packaging for smartphones, tablets and other applications. NANIUM has developed a high-yielding, reliable eWLB based WLFO technology, and has successfully ramped that technology to high volume production. NANIUM has shipped ~ 1B WLFO packages off their 300mm Wafer-Level Packaging (WLP) production line.

Adding this to their SLIM and SWIFT technologies which are moving into HVM Amkor seeks to expand the manufacturing scale and broaden the customer base for such fan out technology solutions.

GE Ventures and Samsung Electro-Mechanics (SEMCO), have announced a patent license agreement where SEMCO will license GE microelectronics packaging patent portfolio, covering the fabrication of substrates embedded with electronic circuits.Â This patent portfolio was developed by GE Global Research and Imbera Electronics Oy (now GE Embedded Electronics Oy) as part of the GE focus in power electronics over the last decade.Â [link 1] They seek to provide significantly improved electrical performance (for example, reduced parasitics), increase functional density of the electronics circuits by more than a third, and can increase efficiency by over 10%.

SEMIâ€™s annual Industry Strategy Symposium was held at its usual site, Half Moon Bay, CA a few weeks ago.

It may just be me, but it seemed like this yearâ€™s overall message was one of an industry searching. IFTLE thinks the end of scaling and the public indications that 450mm does not appear to be moving forward has left the industry wandering a bit. Yes, there is excitement over IoT, but the exact way that this will play out in terms of low cost connectivity solutions and the inherent security dangers are not yet clear. For an industry that for the past few decades has had everything laid out on roadmaps this may be a bit disconcerting, but to IFTLE it is now significantly more exciting because the future is not as clear.

Is the following the semiconductor roadmap for the future? 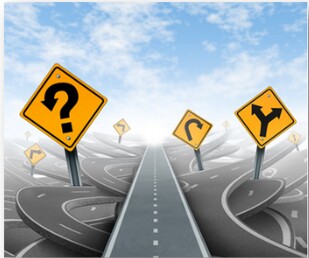 With that said, here are some of the highlights of 2017 ISS from IFTLE perspective.

Corbett of Linx Consulting looked at the state of the wafer fab materials segment. They indicated that the total market for semiconductor materials in 2015 was $18.5B with most of the top players being in the wafer and gas businesses. 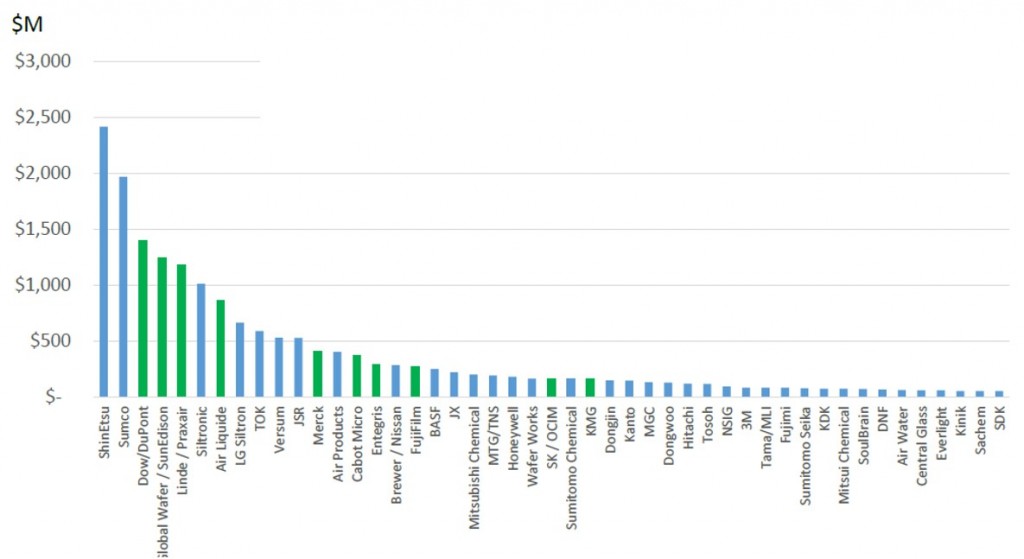 The top 11 supplies have ~$12B sales. Removing the wafer suppliers leaves the following top 10 suppliers with categories of materials broken out as follows. 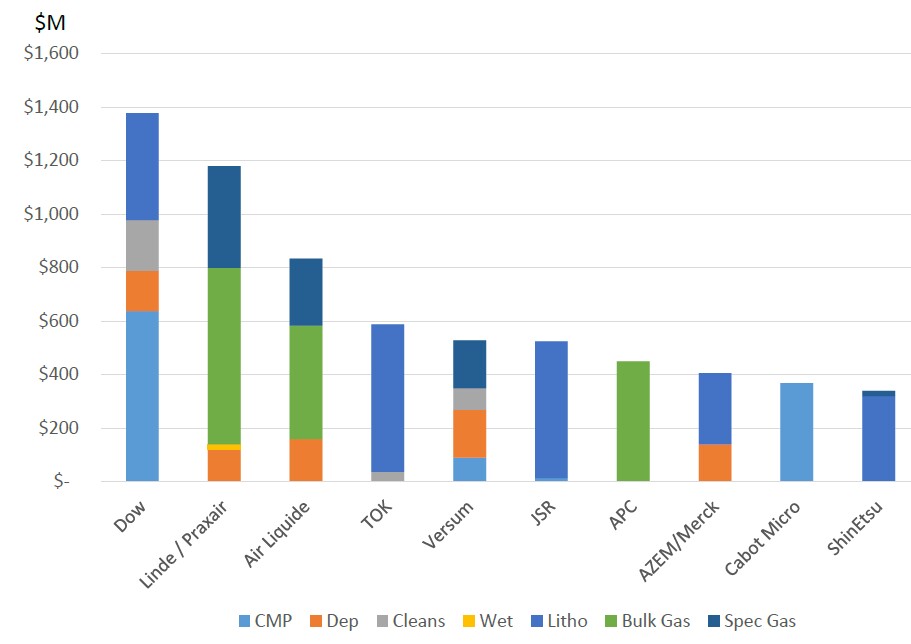 As IFTLE said many years ago, consolidation in the semiconductor industry would lead to similar consolidation of their suppliers (materials and equipment). Linx presented the following materials merger list. 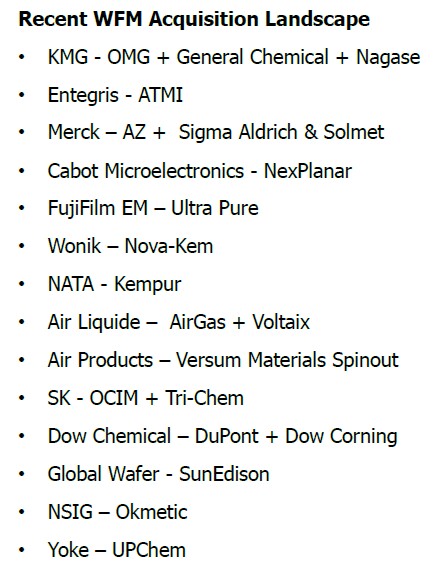 Our old friends at IBS note that:

– Apple is driving advanced features including move to 10 and 7nm

– smartphones will continue to lead demand at least through 2025

Specific areas of high growth are shown below: 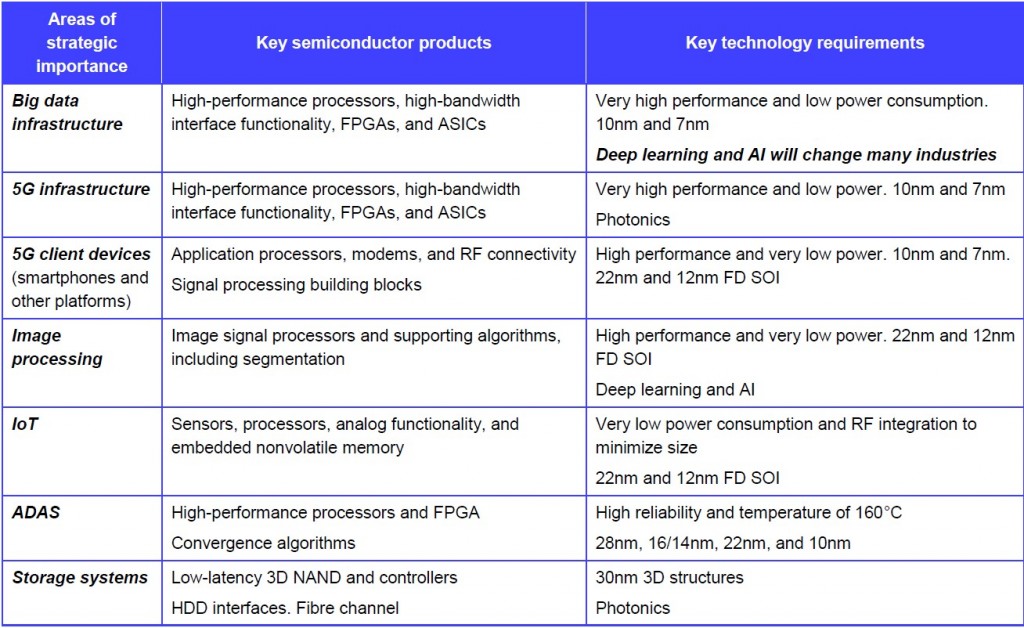 Chen presented an interesting history of NAND and concluded that this new conversion of 2D NAND to 3D NAND is more complex than past 2D to 2D conversions and will generate a period of limited cost reduction in the industry. In the past, 2D to 2D scaling transitions took 4-5 quarters but now 2 to 3D is expected to take 14 to 16 quarters! 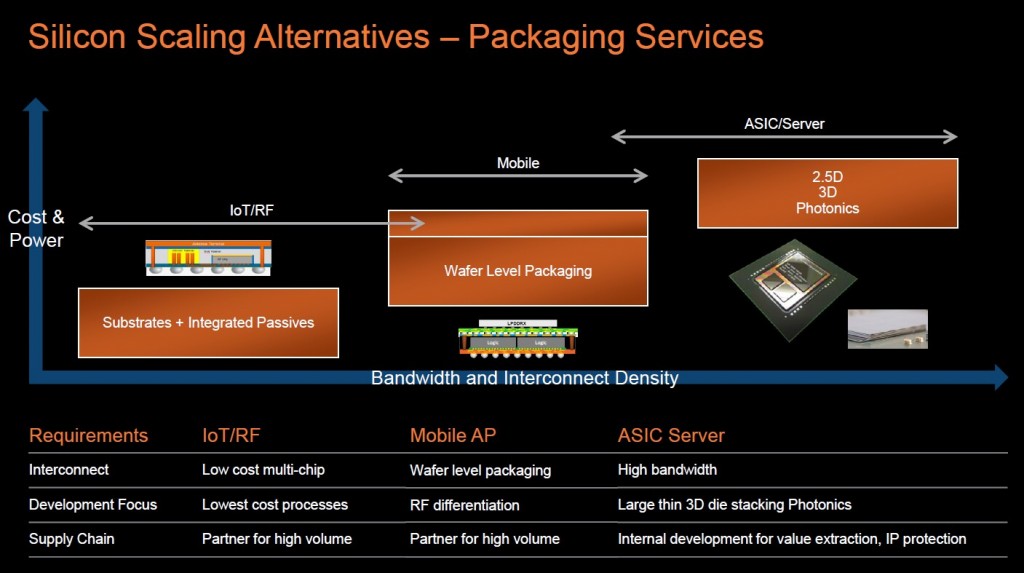 For all the latest in Advanced Microelectronic Packaging, stay linked to IFTLEâ€¦

Continuing our look at the IMAPS 3D ASIP Conference from this past December.

Albert Lan discussed Fan-out from the perspective of SPIL.

Lan showed a nice cartoon depiction of the fan out options of die first, die last and face up and face down as shown below. 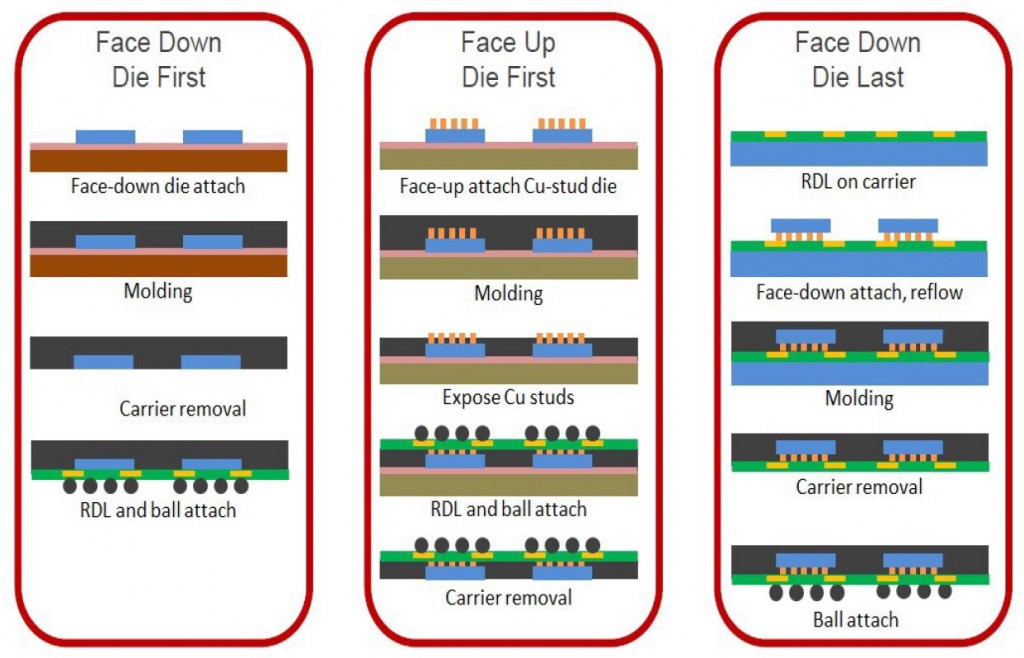 Of special interest is their fan out SiP with metal lid to partition EMI. The FO-SiP requires excellent control of the compression molding process. 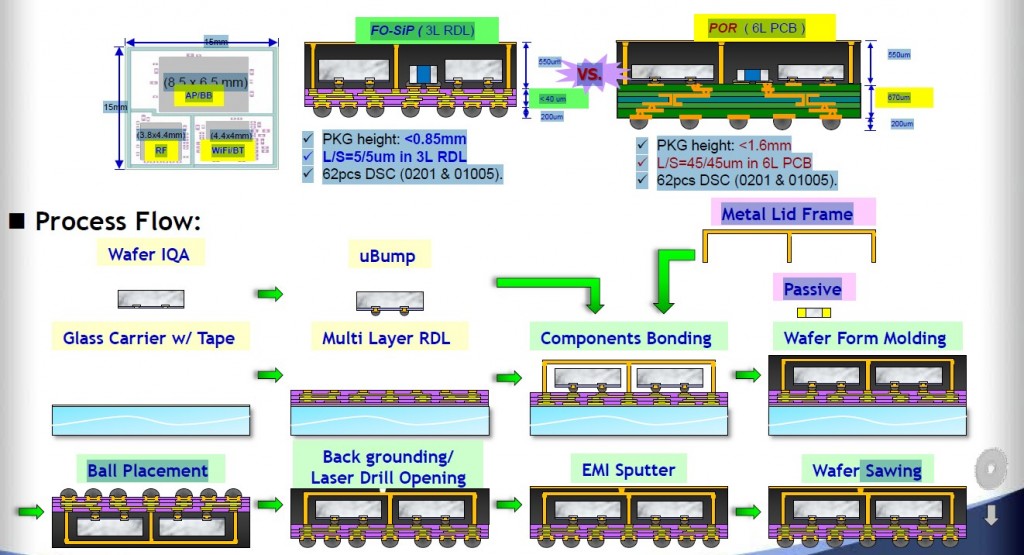 This will allow elimination of substrate and thus thinner packages with better electrical performance as shown below.

Their warpage â€śadjustmentâ€ť technique is also of intrest as shown below.

Pristauz contends that TCB is used when confronted with issues of warpage, ultra fine pitch and / or thermal stress. He points out that there are actually 3 types of TCB processes as shown below. 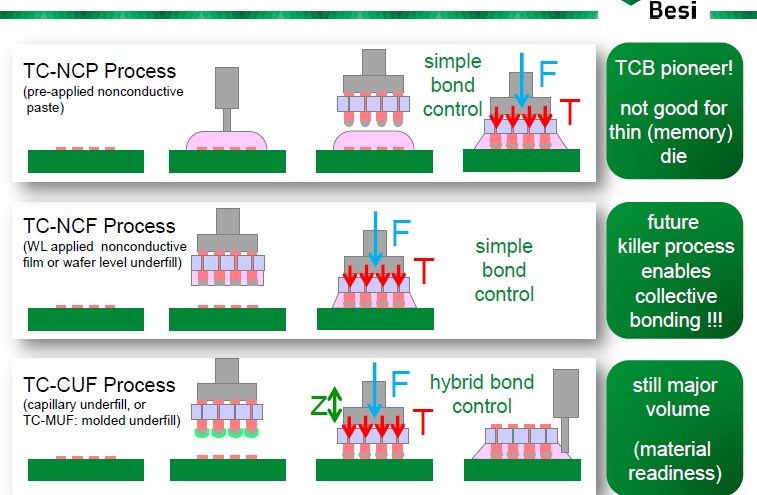 As we have detailed on IFTLE previously [see IFTLE 108 2012 ECTC 2: NCF, WUF, MUF for tight pitch Assembly], NCF appears to be the TCB process of the future.

A significant issue is maintaining positional accuracy and co-planarity while ramping from cold to hot. Thermal compensation needs to be identified by the bonder (automatically) and recalled from memory during bond control. 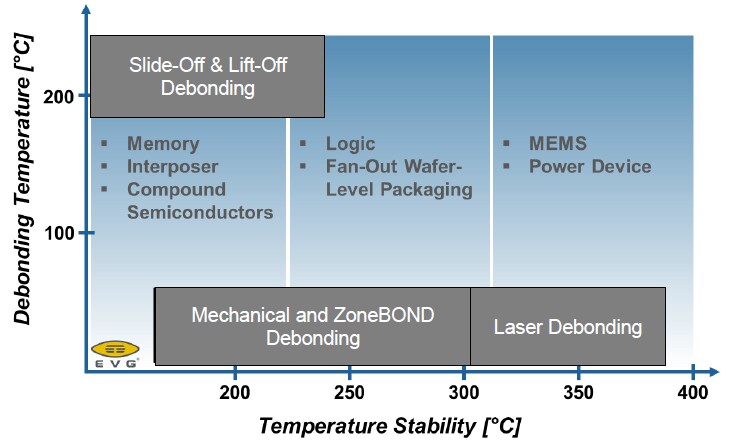 Hybrid bonding, as originally developed by Ziptronix, and as being adopted by Sony for image sensor 3D stacking, requires plasma activation of the surface and tight control of the CMP process. Excess Cu dishing can ruin the bonding. Currently processes using 3-5um pad size at 6-10um pitch are available.