IFTLE has been reporting for awhile that a Samsung announcement of stacked memory based on TSV technology was imminent. [ see IFTLE 123 â€śIntels Bohr on 3DIC;Samsung DDR4 roadmapâ€¦â€ťÂ especially since similar announcements have already come from Micron and Hynix.]

On Aug 26, Samsung finally announced that it has started mass producing 64 GB DDR4, dual Inline memory modules (RDIMMs) that use 3D TSV technology. The new memory modules are designed for use with enterprise servers and cloud base solutions as well as with data center solutions [link]. The release is timed to match the transition from DDR3 to DDR4 throughout the server market.

The new 64GB TSV module reportedly performs twice as fast as a 64GB module that uses wire bonding packaging, while consuming approximately half the power.

Samsung believes that in the future it will create even higher density DRAM modules by stacking more than four DDR4 dies using 3D TSV technology. 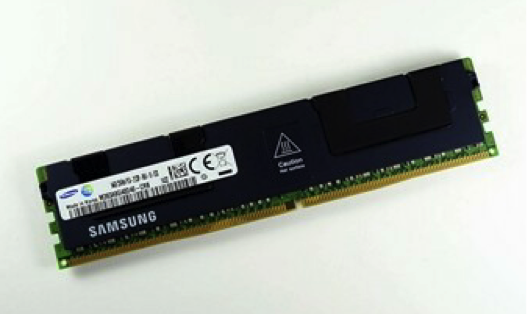 At a press event held prior to the official opening of Semicon Taiwan 2014, Mike Liang, president of Amkor Technology Taiwan, announced that â€śdemand of 3D ICs may take another 3 years due to concerns of high production costs.â€ť He added that â€śâ€¦at present, only a few specific applications that require extremely high performance ICs require the use of 3D ICs, but the amount of such 3D ICs is not sufficient enough to support a full production line.â€ť Iâ€™m sure this served to pour cold water on the subsequent 3DIC tech forum!

They claim it is a â€śâ€¦ lower cost and simpler 2.5D packaging approach for very high density interconnects between heterogeneous dies on a single package.â€ť While neither Intel nor any initial press reports gave any indication of exactly what this means.

In simplified form interconnect bridges (â€śsilicon glass or ceramicâ€ť) are embedded in a laminate substrate and connected with flip chip as shown below:

While there is no silicon interposer, there do appear to be TSV in the embedded interconnect substrate as shown below. While removing complexity from the IC fabrication by eliminating TSV from the foundry process, the packaging operation becomes much more complex.

Since the 2.5D interposer has been reduced in size to the interconnect bridges, this may reduce cost, but will increase signal length vs a true 3D stack or a silicon interposer 2.5D 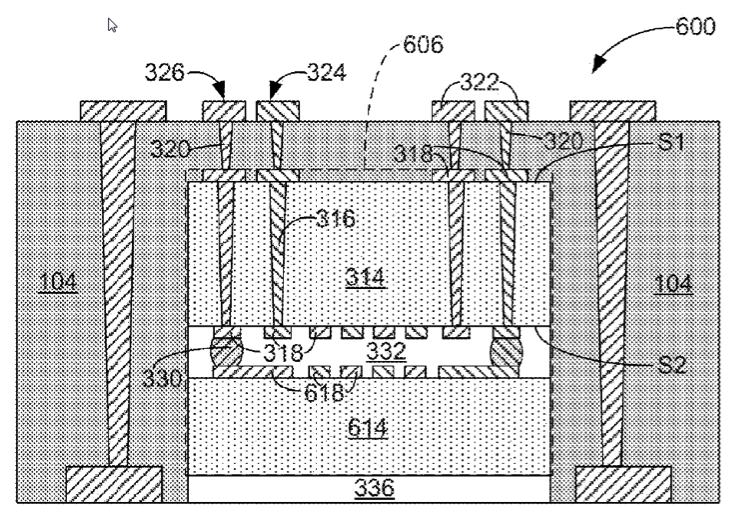 While Intel released the following description: â€śInstead of an expensive silicon interposer with TSV (through silicon via), a small silicon bridge chip is embedded in the package, enabling very high density die-to-die connections only where needed,” IFTLE thinks this is somewhat misleading.

The packaging analogy to what they have done is as follows:

3 thoughts on “IFTLE 209 Samsung announces TSV based DDR4; What is Intel eMIB?; Amkor says the wait for 3DIC is not over yet”