Letâ€™s take a look at some of the key presentations from the 2016 SEMI European 3D Summit that took place in January.

System Plus Consulting showed an interesting cost comparison between AMD graphics modules with DDR5 vs HBM memory as shown below. 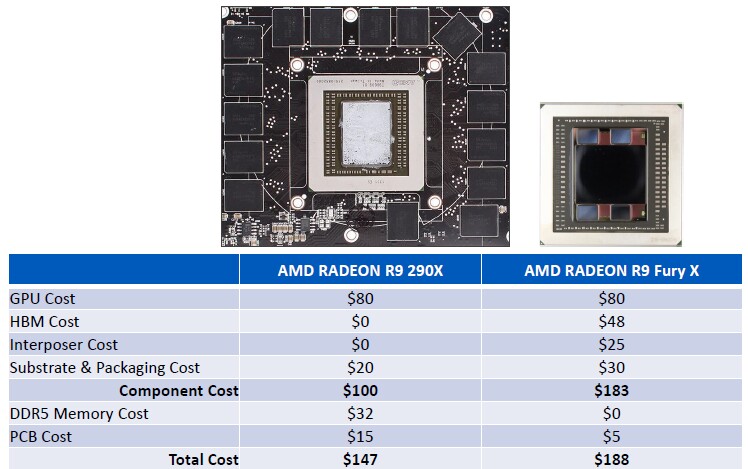 Also of interest is their look at the supply chain for the new AMD 2.5D module. ASE is assembling die from TSMC and Hynix on a UMC silicon interposer and mounting on an Ibiden substrate.

Also of interest is their assessment of the Hynix HBM process cost. 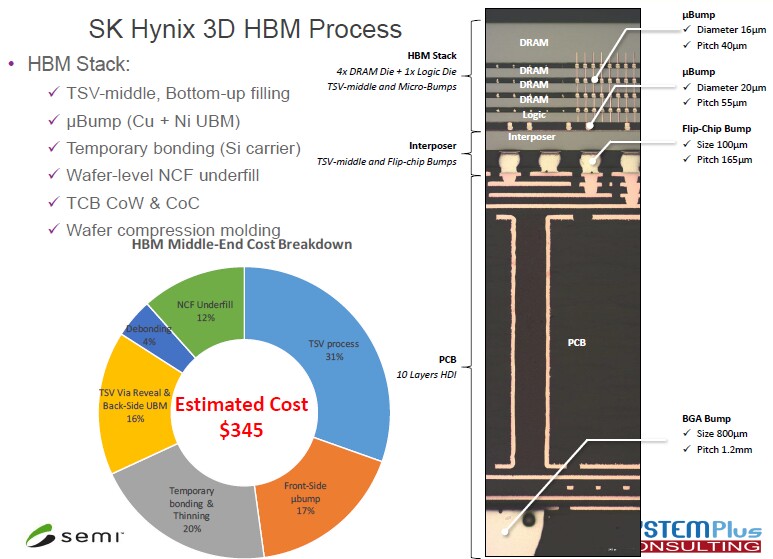 Eric Beyne who has been active in 3DIC since its early beginnings focused on technologies that will be important for 3DIC to further penetrate the electronics industry. Beyne started out with a look at where 3D TSV technology sits as we enter 2016, namely interposers, FPGAs, graphics modules and memory stacks (shown below)

Beyne sees the TSV themselves continuing to shrink going from the standard 5 x 50um a few years ago to a 2 x 40um in the near future. This has required changes in Cu barrier layer and Cu seed dep as shown below.