SEMI-MEMS & Sensors Industry Group (MSIG) welcomed a global group of industry executives to its 14th annual MEMS & Sensors Executive Congress (MSEC), October 29-30, 2018 in Napa, Calif. MEMS and sensors represent a robust sector of the electronic industry. Analyst firm Yole D├®veloppement expects the global market for MEMS and sensors to double in the next five years, reaching $100B by 2023, spurred by growth of autonomous mobility products such as Internet of Things (IoT) devices, autonomous cars, fitness and healthcare wearables, and agricultural sensors.

Getting serious about cybersecurity

MITRE cybersecurity expert Cynthia Wright opened MSEC 2018 with a keynote on cybersecurity, alerting attendees to a topic that few in the industry have explored in-depth ŌĆö but to which they need to pay attention.

ŌĆ£Billions of connected mobile devices democratize knowledge, diversity and boost economies, and accelerate innovation by connecting humans to one another and to our environments,ŌĆØ said Wright. ŌĆ£At the same time, they easily create huge networks that carry operationally and personally sensitive data.ŌĆØ 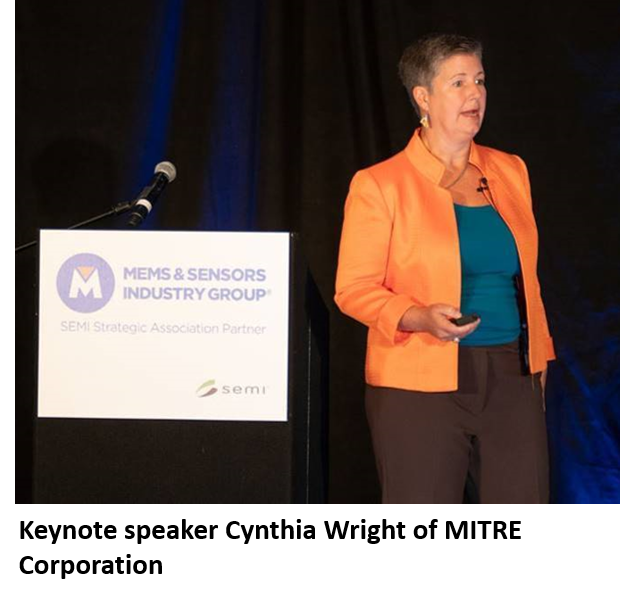 Because MEMS and sensors are deeply embedded into this vast array of connected devices, industry needs to get involved now or risk potentially grave consequences, claimed Wright. ŌĆ£From the destruction of critical infrastructure, cyberattacks on life-critical medical devices such as insulin pumps and heart monitors, and intrusions on autonomous vehicle safety systems, MEMS and sensors suppliers have a responsibility to help improve cybersecurity of connected devices,ŌĆØ she added.

Allaying the potential fears of a roomful of suppliers envisioning complete redesigns of their products, Wright said that not every device requires the same level of security, and suppliers can make a difference with even ŌĆ£minor tweaks.ŌĆØ

Wright suggested encryption at the edge and process authentication. She also gave MSEC attendees a list of design precepts:

When asked about the role of US government regulation on the security of connected devices, Wright acknowledged that Europe has more restrictive cybersecurity guidelines than the US.

ŌĆ£At the same time, it does not make sense to have two different approaches to cybersecurity of devices. US suppliers who implement more security measures can sell to both markets and to other parts of the world.ŌĆØ

If she could leave MSEC attendees with a closing thought, it might be that companies ŌĆ£donŌĆÖt need to put a firewall on a toaster.ŌĆØ

ŌĆ£Not every chip has to be secure-foundry secure, but it would be nice if even 10% could hit that mark,ŌĆØ added Wright.

Designers in the MEMS community, however, generally have access to one design cycle or less per year, and typical time-to-market is four years for a new product. That slow fabrication pace has hindered deployment of innovative MEMS designs ŌĆö and itŌĆÖs something that MSEC closing keynote speaker, Ron Polcawich, program manager, DARPA MTO, would like to change.

PolcawichŌĆÖs vision of government collaboration with industry and academia spawned the investigational Rapid Innovation through Production MEMS (RIPM) Workshop, which Polcawich and his team held in May 2018. During his keynote, Polcawich shared lessons learned from the workshop while inviting MSEC attendees to get involved.

Before RIPM can become a program, Polcawich knows it will require definition. What would a program concept look like? What is the best way to articulate the potential benefits to the MEMS community, and what additional inputs would be needed? 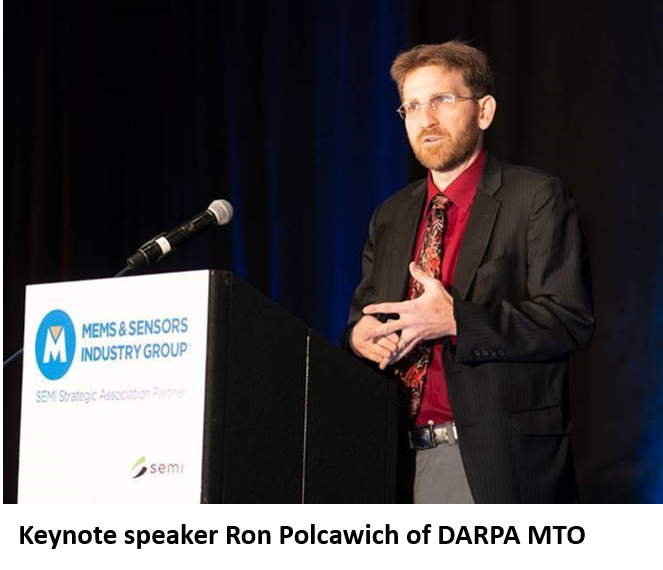 ŌĆ£This is a daunting challenge from a program planning perspective,ŌĆØ said Polcawich. ŌĆ£In developing RIPM, we realized that we needed representatives from the entire MEMS ecosystem ŌĆō integrated device manufacturers, or IDMs, equipment suppliers, foundries, and materialsŌĆÖ providers ŌĆö to literally come to the table to tackle a common goal. Given the potential for the MEMS industry at large to benefit from rapid innovation and production, we hoped that competitors would realize that leveraging established MEMS processes could deliver significant benefits over the historically entrenched approach: one product, one process.ŌĆØ

Polcawich believes that MEMS suppliers might relinquish the one product, one process paradigm if they knew that their IP were secure.

ŌĆ£While technical challenges to realizing RIPM abound, we knew that we could tap the MEMS industryŌĆÖs vast knowledge base to address them,ŌĆØ he said. ŌĆ£IP protection is an equally complex issue, and one that may bear a range of approaches. One model could ensure that each IDM owns their IP while the foundry owns the process technology, which it licenses to other companies through process development kits. In addition to speeding innovation, it also provides new revenue sources for the industry.ŌĆØ

Polcawich sees RIPM as a win-win for both commercial industry and for the DoD. Speeding design-to-deployment of new MEMS devices could open new and larger markets to MEMS suppliers. It could also support greater product-line diversification and new revenue streams for foundries and other ecosystem members. The DoD could tap new MEMS devices for strategically important applications like tactical radios, unmanned aircraft systems such as drones, and image autofocus for cameras. Polcawich encouraged SEMI-MSIG members to get involved by emailing his group: [email protected]

Three new industry leaders joined the SEMI-MSIG Hall of Fame, first established in 2011 as a means of honoring those who have made a substantial contribution to SEMI-MSIG. Selected by members of the Governing Council, 2018 Hall of Fame inductees include: 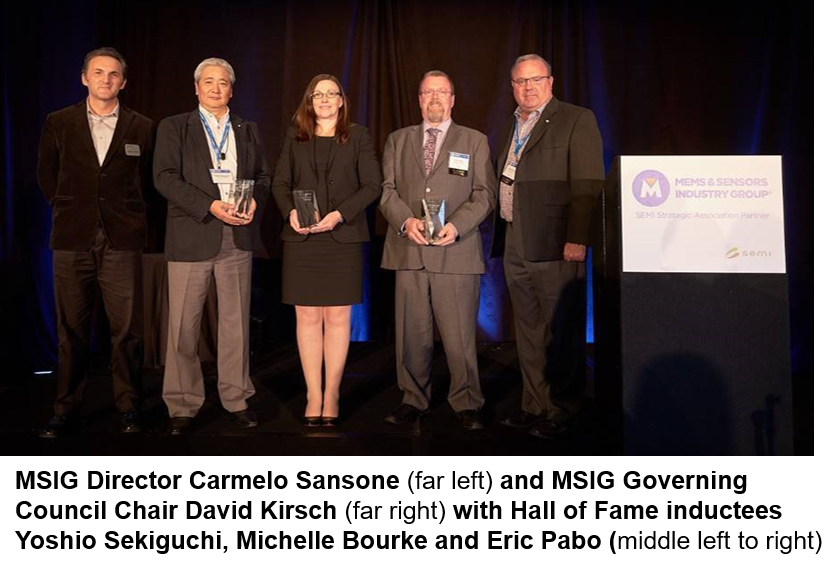 MSEC recognizes the latest advancements in applications enabled by MEMS and sensors ŌĆö including those demonstrated by entrepreneurs competing in the Technology Showcase. Selected by a committee of industry experts, five finalists did their best to impress attendees with their technical approach and go-to-market strategies. 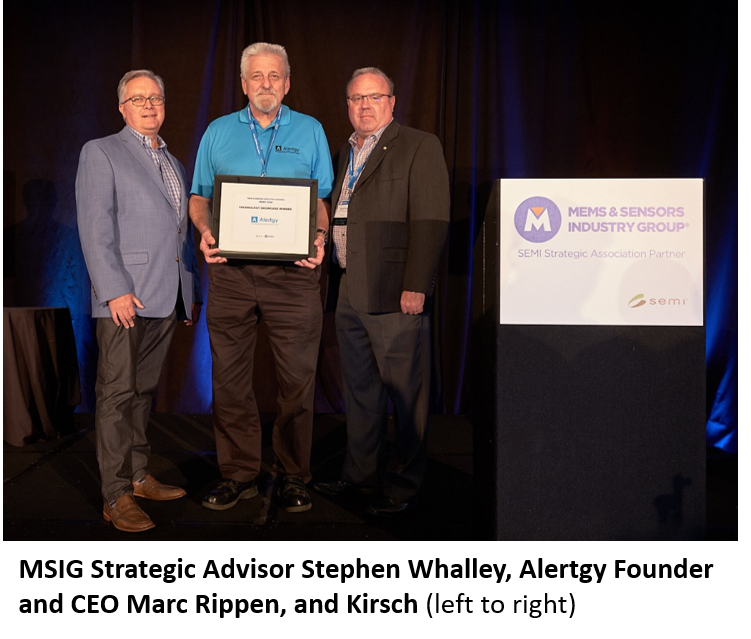 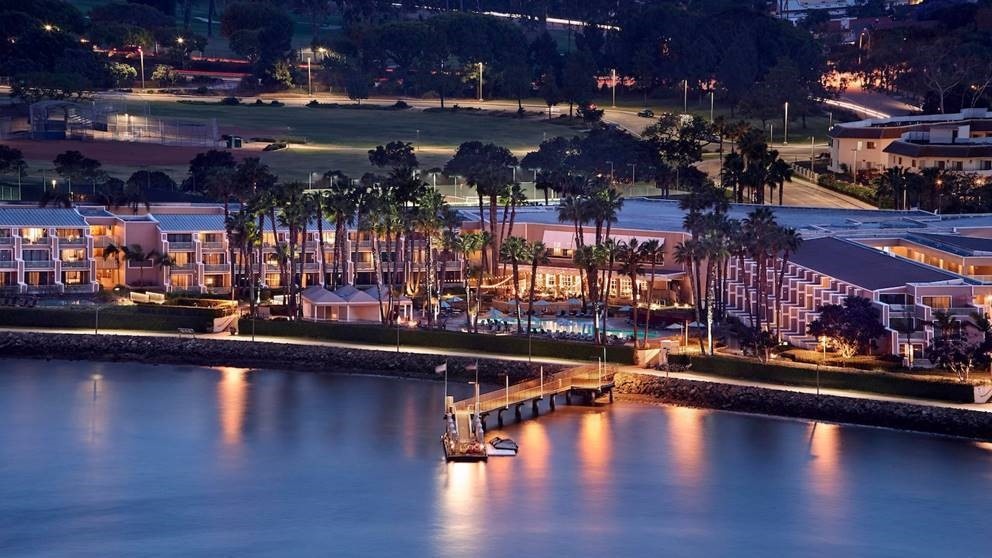 Maria Vetrano is a public relations consultant at SEMI.