Continuing our look at the 2015 IMAPS Device Packaging Conference:

Thermocompression bonding is required for the next generation fine pitch assembly technology. Applications for TCB are based on fine pitch Cu pillar technology with typical pitches of 40-60um and a pillar height of 30um. High accuracy placement is required to ensure high yield in these assemblies with placement accuracy of + 2um typical. Stacked memory products are driving the initial commercial volume in the technology, using TSV technology and thin die memory stacks 4+ layers in height. K&S projects that 75 to 80% of TCB bonders will be used for such memory stacks.

The key factors that have enabled TCB to move to HVM include:

The TCB process is complex and can require 10 operations including temperature ramps, applied force, position control, and vacuum release. The process is being developed both for pre applied underfill and post assembly capillary underfill (CUF). 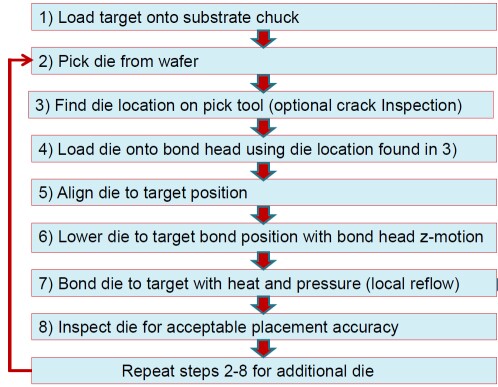 The cost of TCB must be competitive with alternative assembly technologies which can only be achieved if the throughput and yield of the process is high. The critical requirement for adoption of TCB is cost reduction which requires high process UPH. Actual process time will vary based on the process selected but 1000 UPH is generally considered to be the threshold for cost effective production.

–Â Â Â Â Â Â Â  Accurate high force is particularly critical for bonding with NCP or NCF. Depending on the die size and number of pillars, forces upwards of 300N may be required 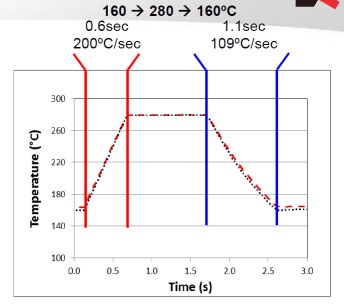 The KNS bonder and its specs is shown below. 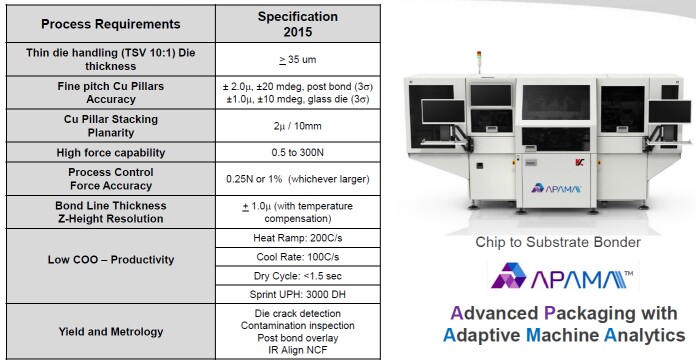 Temporary bonding is a major unit operation in the commercialization of 2.5 and 3DIC. The industry has been fine tuning this operation for nearly a decade and still have not come to consensus on what the appropriate low cost / high yield process should be. Temporary bonding can also be used in FOWLPÂ  to maintain flatness during reconstituted wafer processing. Dow Chemical presented their take on mechanical vs laser debonding of temporary adhesives.

Working with Suss Microtec and Fraunhoffer IZM, Dow has studied mechanical vs laser ablation debonding as shown below. 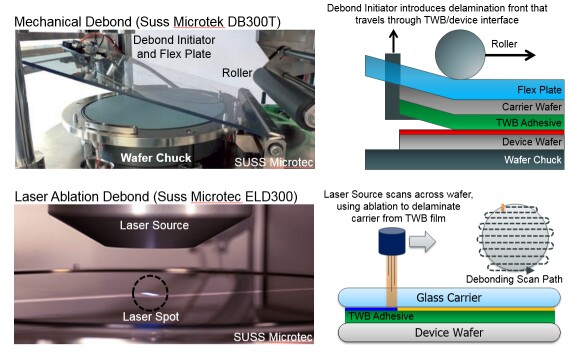 Mechanical debond has issues with:

Laser Debonding has issues with : 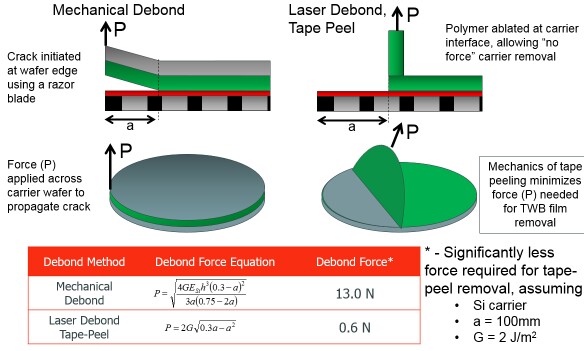 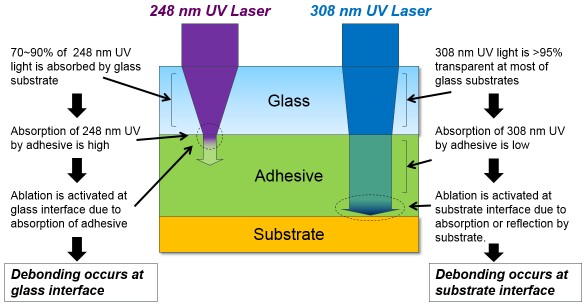