By Luca Fontanella and Simone Ferri 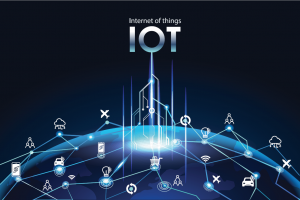 Over the last three years the number of battery-operated electronic-component solutions for the Internet of Things (IoT) and Industrial IoT (IIoT) applications has been increasing steadily. This trend will continue for years to come, particularly with the growing popularity of mobile devices of all flavors. Addressing power consumption for battery-powered always-on IoT/IIoT devices â€“ which rely on dozens of electronic components, including sensors â€” is critical to their commercial success.

The demand for ultra-low-power sensors has accelerated the race to squeeze every last mW from components. Compared to previous-generations of sensors, semiconductor suppliers have managed to drastically reduce power by as much as 50%-60% over older solutions. Leveraging new state-of-the-art analog design techniques, we have effectively optimized capacitive readings of MEMS structures. How effective are they? We estimate that with the right mix of our companyâ€™s power-saving technologies, it is possible our customers could save 3MW/year globally[1].

While the semiconductor industry continues to investigate novel technologies, approaches and analog IP for greater energy efficiency, we believe that bigger gains in reducing power consumption will come from thinking at the system level. The sensor node is a good place to start.

A typical IoT node is composed of a set of sensors, a microcontroller, a radio frequency (RF) link, and a power-supply system, often based on Li-Po batteries.

Of these, the microcontroller and RF link consume the most energy and, in the RF link, power consumption is a function of the distance between end point and receiver and of the amount of data transmitted. Thus, at longer distances reducing the amount of data transmitted can save power. We can achieve this by including some pre-elaboration capabilities on-board and by extracting more meaningful information from the raw sensor data.

We address this by moving some computation and data analysis inside the sensors, where smart hardware â€śdigital blocksâ€ť perform faster and more efficiently than software-based routines running in the microcontroller. We can achieve this by using dedicated hardware resources to reduce overall system power consumption. The beauty of this solution is that it allows the microcontroller to operate in low-power states by only transmitting significant information in batches.Â The SensorTile development kit can speed up prototyping of ultra-low-power IoT devices by integrating an ultra-low-power MCU and BlueNRG Bluetooth radio with sensors.Â Some examples of these advanced digital blocks are the Advanced Embedded Pedometer, the Finite State Machine and Decision Tree, and Compressed FIFO in an IMU.

The Advanced Embedded Pedometer is a hard-wired step counter that works independently inside the sensor, without CPU intervention: By comparing sensor outputs to pre-defined and -loaded patterns, it autonomously decides whether the user is walking or running to start and stop counting the userâ€™s steps. The sensor then makes this information available to the microprocessor for further elaboration or for simple notification to the user.

The Finite State Machine and Decision Tree are new functions dedicated to pattern recognition (machine learning) and decision-making: They can perform complex classifications and state detection, and can send dedicated warning and signaling to the microprocessor. A good real-world example is industrial predictive maintenance, where the sensor can categorize and identify different malfunctioning states in the equipment before waking the microprocessor to react. 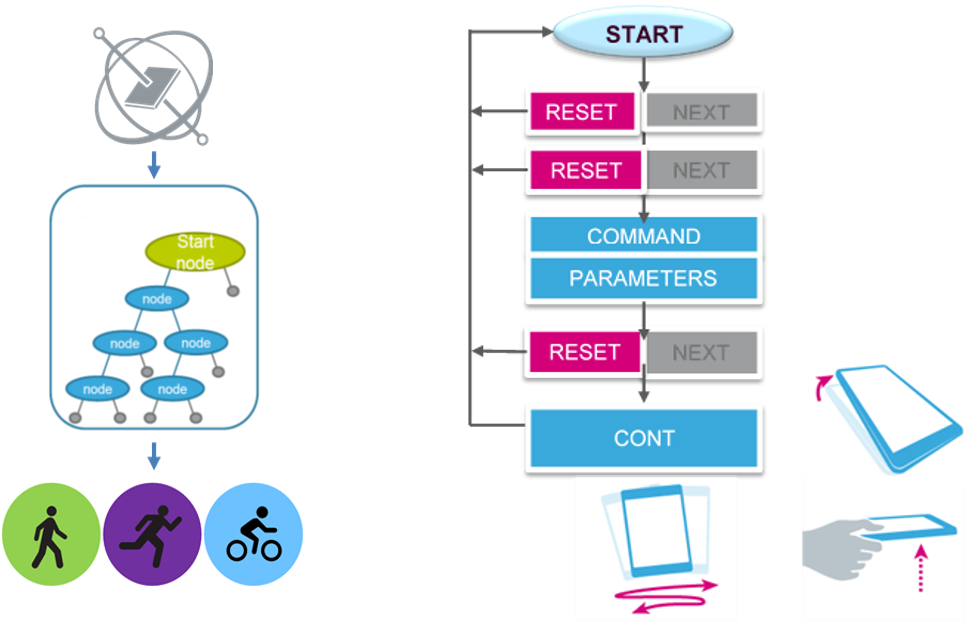 Integrating programmable sensors and decision trees as well as finite state machines in the sensor allows the sensor to do more of the work while the MCU sleeps. Source: STMicroelectronics

Another example is compressed FIFO (first-in, first-out) buffer, which can store sensor data in the sensor, not in raw format, by using efficient compression algorithms. In addition to saving memory (and therefore silicon area) inside the sensor chip, it also saves power by reducing the number of bytes transferred to the processor and by shortening the communication data flow, which reduces processor-active time.

These examples â€“ the Advanced Embedded Pedometer, the Finite State Machine and Decision Tree, and compressed FIFO buffer â€“ are just some showing that we can develop low-power IoT/IIoT devices through intelligent management of sensors, microcontrollers and other components in any given system. Your starting point is an IoT/IIoT node that lets you selectively allocate some power-hungry tasks â€” such as computation and data analysis â€” to sensors instead of the microcontroller. Leveraging data blocks that reside in the sensors alleviates the microcontrollerâ€™s typical power drain, allowing the microcontroller to operate with maximum efficiency.

Luca Fontanella joined ST Microsystems in 1995 as an analog designer. In 2001 he joined the MEMS team in a marketing role and today he is marketing manager in the MEMS Sensor Division. Luca has contributed to 25+ international patents and has presented at multiple conferences. He earned a degree in Electronic Engineering from Padua University.

Simone Ferri joined STMicroelectronics in 1999 as Central R&D engineer, moved to the Audio Division as a digital designer and is now director of the Consumer MEMS Business Unit. He holds a degree in Electronic Engineering and an MBA from the Polytechnic of Milan.