The Semiconductor Industry Association (SIA), representing U.S. leadership in semiconductor manufacturing, design, and research, today announced worldwide sales of semiconductors reached $39.5 billion for the month of July 2018, an increase of 17.4 percent compared to the July 2017 total of $33.6 billion. Global sales in July 2018were 0.4 percent higher than the June 2018 total of $39.3 billion. All monthly sales numbers are compiled by theÂ World Semiconductor Trade Statistics (WSTS)Â organization and represent a three-month moving average.

“The global semiconductor industry posted its highest-ever monthly sales in July, easily outpacing last July and narrowly ahead of last monthâ€™s total,” said John Neuffer, president and CEO, Semiconductor Industry Association. “Sales were up year-to-year across every major semiconductor product category and regional market, with the China and Americas markets leading the way with growth of greater than 20 percent.” 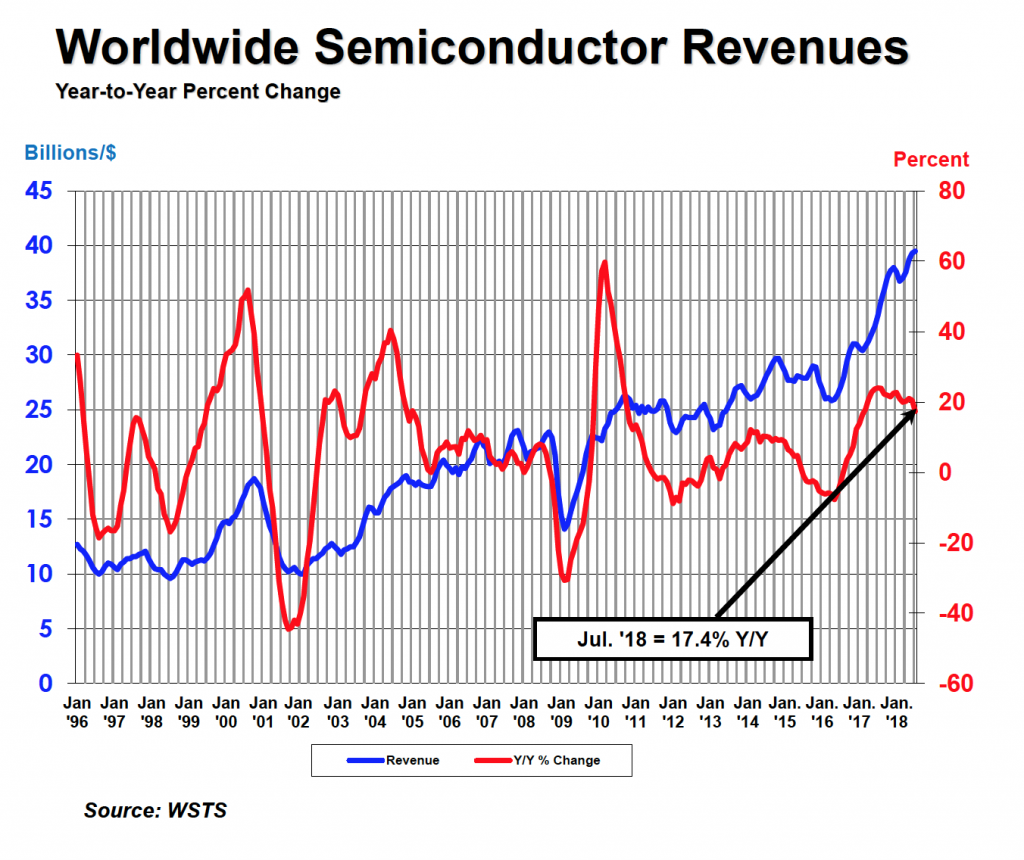