FCI and Suss Microtec examined the use of lasers in the manufacturing of WLP. 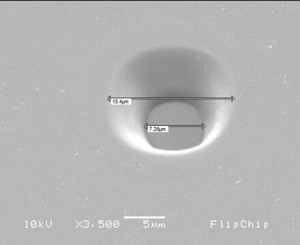 With PBO via dimensions as small as 7.3um are demonstrated on PBO with an application desired sidewall angle around 60 degrees. Sidewall angles can be adjusted by changing the laser fluence and other settings.

Underlying metals (> ~1¬µm) can be used as a laser stop for via formation. By controlling the fluence and other settings the process has the ability to also stop at a certain depth in the dielectric without a metal backstop.

Since laser via ablation can produce smaller via dimensions compared to standard photolithography methods, using a laser via ablation technology can improve the design rules for next generation RDL layouts.¬Ý In addition, the ability to utilize non-photosensitive organic dielectrics can enable better mechanical and thermal properties as the bump diameter and pitch shrink, improving end product reliability.

GF, Amkor and Open Silicon described their 2.5D ARM dual core product demonstrator which consists of 2 ARM die on a high density¬Ý silicon interposer. A schematic of the module and he process flow are shown below . It was noted that ‚Äú…extensive UF material development was needed‚Äù¬Ý for the u-bump pitches that were used. A cumulative yield of 93.7% was achieved. 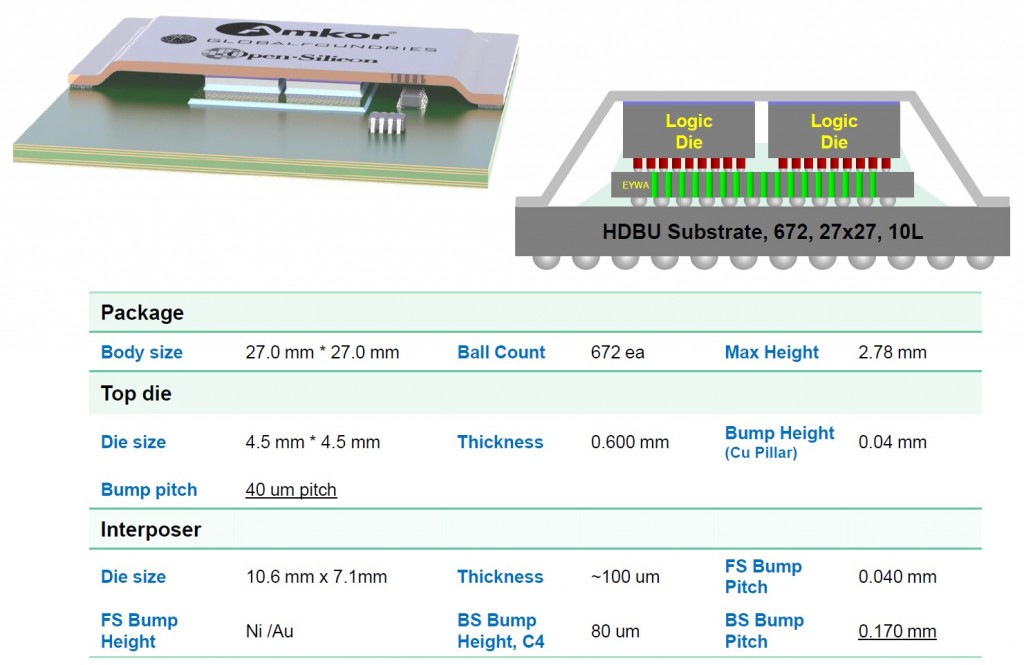 They used the following assembly flow: 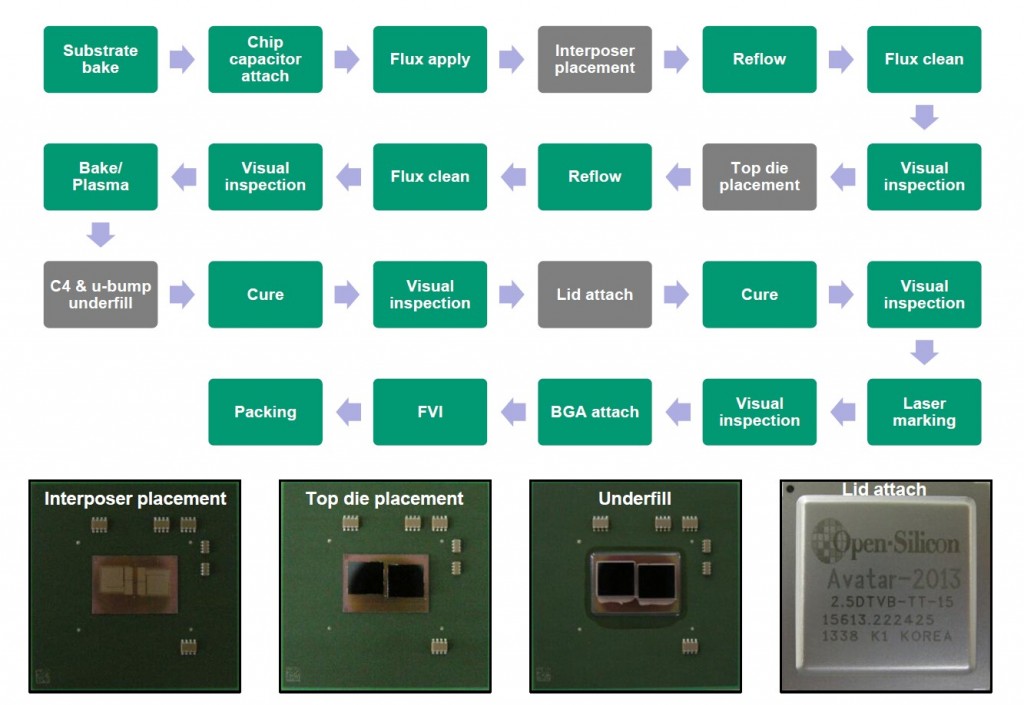 Corning is beginning to show results of the multiple glass interposer programs they have instituted at sites such as RTI in RTP NC, GaTech and ITRI. One interesting proposal from Corning is that starting with 100um glass substrates should eliminate the need for backside grinding¬Ý for via reveal . The 100um ‚ÄúWillow glass‚Äù with TSV is temp bonded to another glass layer¬Ý and the TSV are filled . The interposer ‚Äúpanel‚Äù or wafer is then removed from the temp bonding substrate.¬Ý It will be interesting to learn exactly how that is done (both the metallization and the release).

Work with RTI is showing the filled TGV can survive ( defined as less than 15% increase in initial resistance) greater than¬Ý 700 thermal cycles of -55 to 125 ÀöC and 20 x 20 arrays of TSV on 100um pitch are showing > 99.9% yield.¬Ý The RTI team has also begun to show assembly of chip to glass using copper pillar bump technology.

Namics is developing their underfill products to meet the following roadmap for FC BGA and FC CSP.

Underfill materials can be classified as follows:

Their FEA modeling shows that Cu pillar and lead free bumps require a higher Tg underfill to protect from bump fracture during TCT, however low Tg may can assist with warpage, delamination and failure.

Modeling also showed that stress on low K of the IC is increased when using fillers that show filler separation (settling).

Underfill void elimination can be reduced by either using¬Ý vacuum assisted CUF¬Ý or curing in pressure oven. 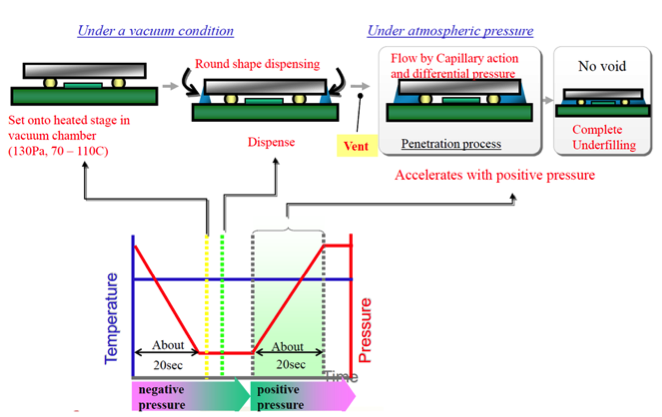 For all the latest in 3DIC and advanced packaging technology, stay linked to IFTLE…