Dave Anderson, CEO of Novati talked about ‚ÄúMore-than-Moore, Advanced Packaging and Creating Game-Changing Innovation.‚ÄĚ In keeping with the main theme expressed by IFTLE for several years, Anderson echoed, ‚ÄúMost companies can‚Äôt afford to continue to pursue Moore‚Äôs Law scaling‚ÄĚ and offered ‚ÄúMore-than-Moore‚ÄĚ as a product customization route for the future.

Andrew Kim of Philips Lumileds updated attendees in ‚ÄúTrends in LED Manufacturing.‚ÄĚ (As you may recall IFTLE and its incarcerated spokesman Lester Lightbulb are not strong supporter of LED replacement¬† of the incandescent bulb, i.e. see IFTLE Lester Lightbulb.)

Kim presented a ‚Äúvery simplified‚ÄĚ process sequence for LEDs manufacturing. (‚ÄúWow that sure should be cheaper and better for the environment than a tungsten filament bulb.‚ÄĚ ‚Äď Lester) In addition, as we have shown before, the new light sources are not only the ‚Äúelectroluminescent emitter,‚ÄĚ but a far more complicated circuit of PCB and components [see IFTLE 63 ‚ÄúBidding Adieu to Lester the light bulb‚ÄĚ]

Evidently the DOE game plan is still to reach $8 / bulb by the early 2020‚Äôs. (‚ÄúWow that will make it only 16X the cost of an incandescent bulb‚ÄĚ ‚Äď Lester) 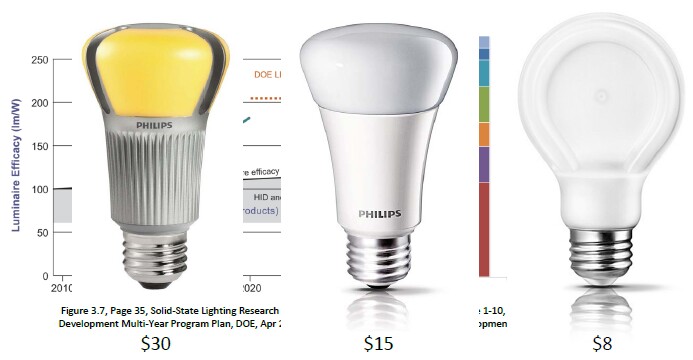 LEDs certainly offer new form factors for light and in the future will allow creation of devices that we are not today thinking about.¬† IFTLEs issue with LED lighting is with how it was sold to the consumer as a saver of power and a saver of cost. IFTLE arguments have been presented previously and can be found here [link].

By the way, we are now more than three years into our single bulb testing which was started in Aug 2011. The CFL was dead in < 10 months but the LED and the incandescent are still burning bright 3 years into the testing. Remember the incandescent cost me only 50 cents. 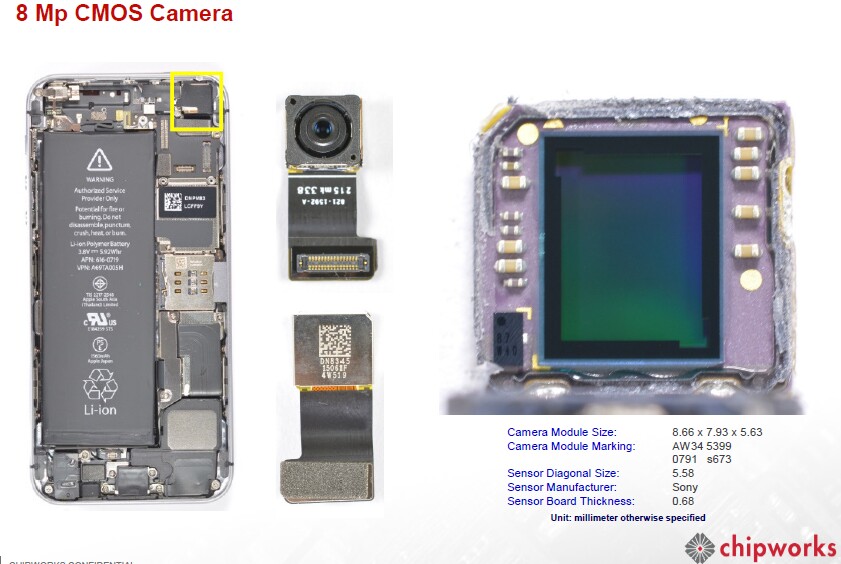 Bill Chen of ASE put together an Advanced Packaging panel to update ConFab attendees on the latest packaging advances. 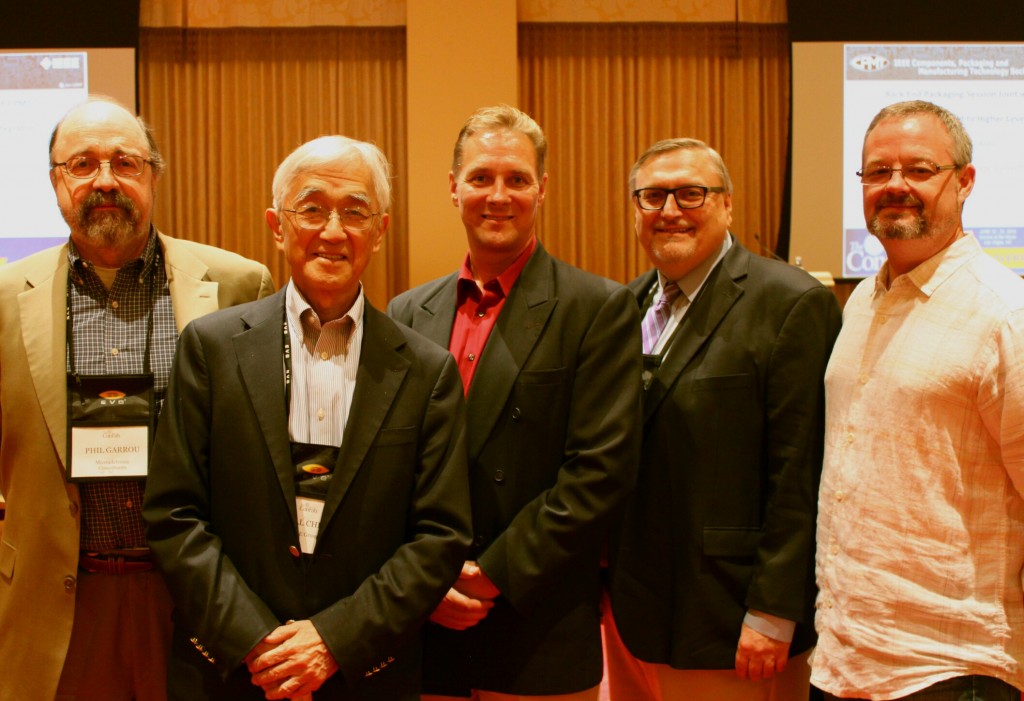 As part of my presentation, I looked at the status of a few of the 3DIC rumors that we have discussed on IFTLE, which didn‚Äôt come true and the current status of announced products including Hynix stacked memory, Microns HMC stacked memory and graphics modules from Nvidia. Memory is now happening, so hopefully the rest of the products will be coming soon. 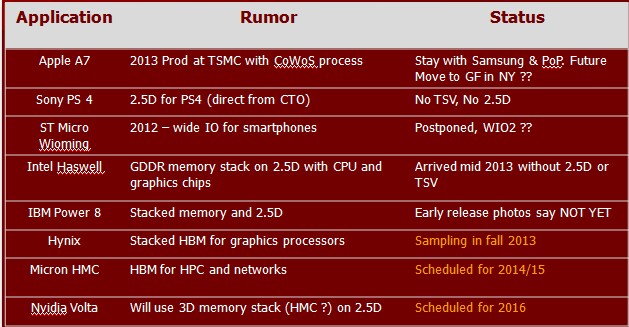