Zafer Kutlu of GlobalFoundries updated the audience on the â€śStatus of Manufacturing and Design of 2.5D Packaging Technologyâ€ť at his company. The GF open supply chain includes EDA and IP partners Cadence, Synopsys and Mentor Graphics and OSAT partners Amkor, ASE, STATSChipPAC and SPIL and memory stack supplier Hynix.

Muhannad Bakir of GaTech was invited to share his concepts on silicon bridge interconnects and 3D micro fluidic cooling solutions that he is working on for the DARPA ICECool program. Bakir was asked to â€śBring the real Dataâ€ť and that he did as you can see from the picture below. 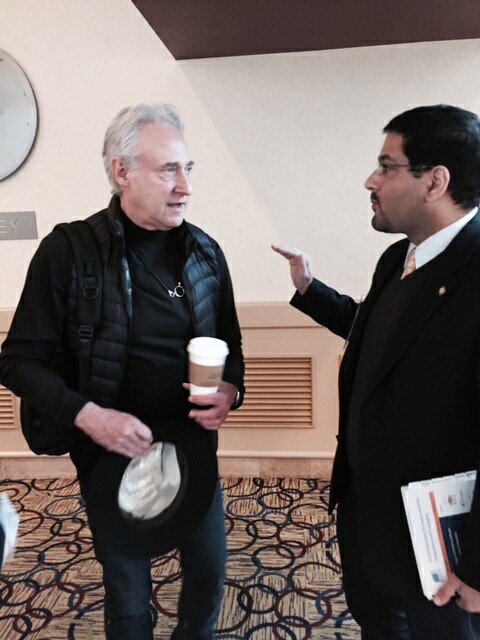 Concept 1 is a linking interconnect technology that use self aligned silicon interposer tiles and bridges. The tiles are aligned using pyramidal pits etched in the silicon and mated with 300um solder balls (as shown below) The interposers can be linked and interconnected using the same ball and socket alignment concept. Connection between interposer and mother board or chip and interposer is made using the GaTech â€śspringâ€ťÂ  interconnects as shown. Although I am not yet sold on using the spring connection in HVM, we will keep an eye on this technology as it is developed. 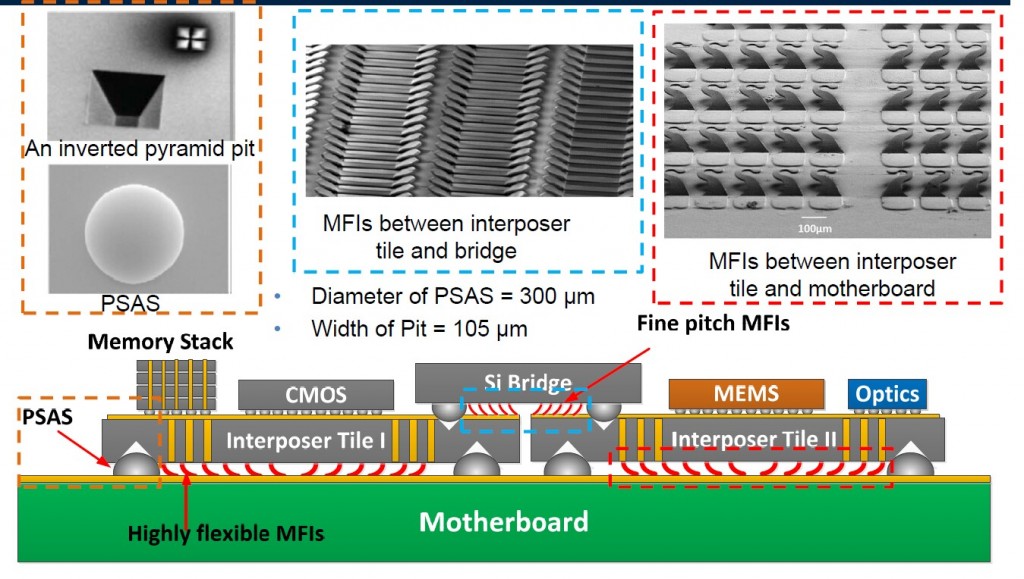 Silicon dice with electrical microbumps, fluidic microbumps and vias, and micropin-fin heat sinks were fabricated and flip-chip bonded on a silicon interposer. Micro pin fins are etched into the back side of the chip and TSV created in the pin fins to connect to the next level. 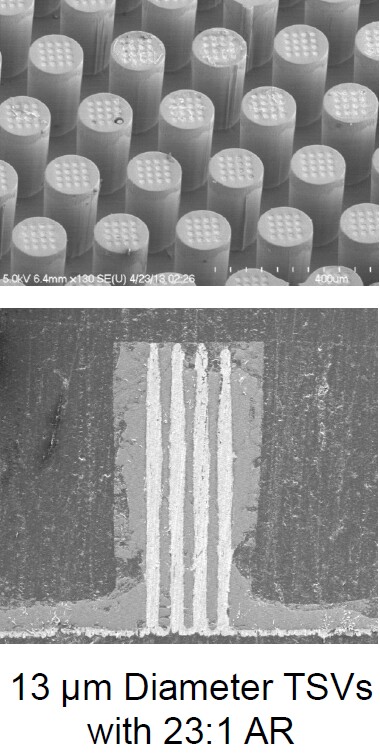 Stay tuned because working with Altera, they are creating such cooling channels in the backside of a live FPGA.