The Georgia Tech High Density Interposer Technology conference (GIT) held a few weeks ago in Atlanta. Traditionally it has been a great place to compare and contrast high-density interposers in silicon vs glass vs laminate. In the next few weeks, we will take a look at some of the key presentations.

Some of you youngsters might not recall that Kyocera the ceramics company expand into the high density laminates business when they purchased IBM Yasu production in 2005. In the late 1980s and early 1990s, IBM had been working on increasing the density of laminate packages by adding thin film layers with photo vias. They called these SLC (surface laminar circuits) Such high density BGAs were necessary for flip chip packaging to move to HVM. This all took off ~ 1992 when IBMs Yutaka Tsukada announced the technology for flip chip underfill and SLC circuits. Ground rules for the first gen SLC are shown below: 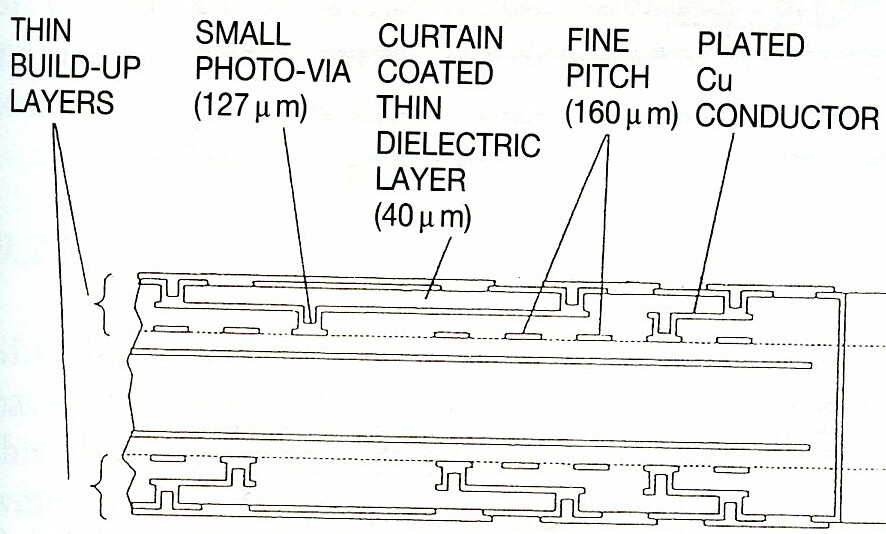 Kyocera, seeing that higher densities and lower costs would not be coming from the ceramics business, made a bold move a decade ago when they bought the business from IBM. It is interesting to look at how the technology has advanced in a decade. Their latest ground rules are shown below. 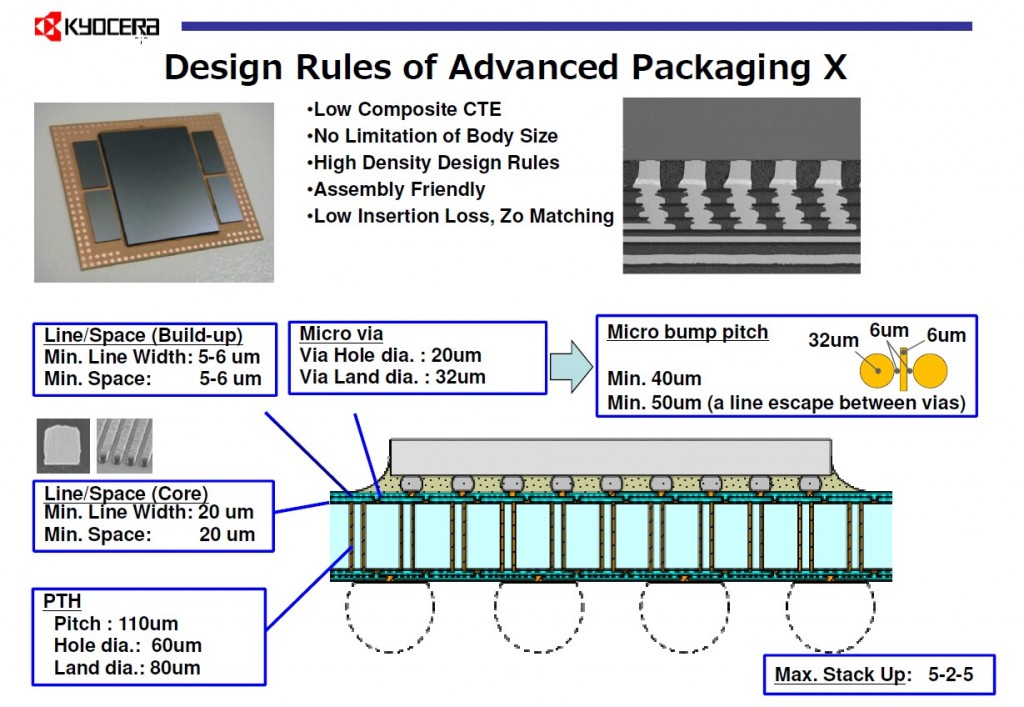 System capabilities are summarized below:

In addition, the new system has a 25% smaller footprint than typical laser drills in HVM production today.

Suss shared their information about damascene processing of RDL using their eximer laser tool. The eximer laser is used with mask based projection with a field area of 35 x 35mm sq. 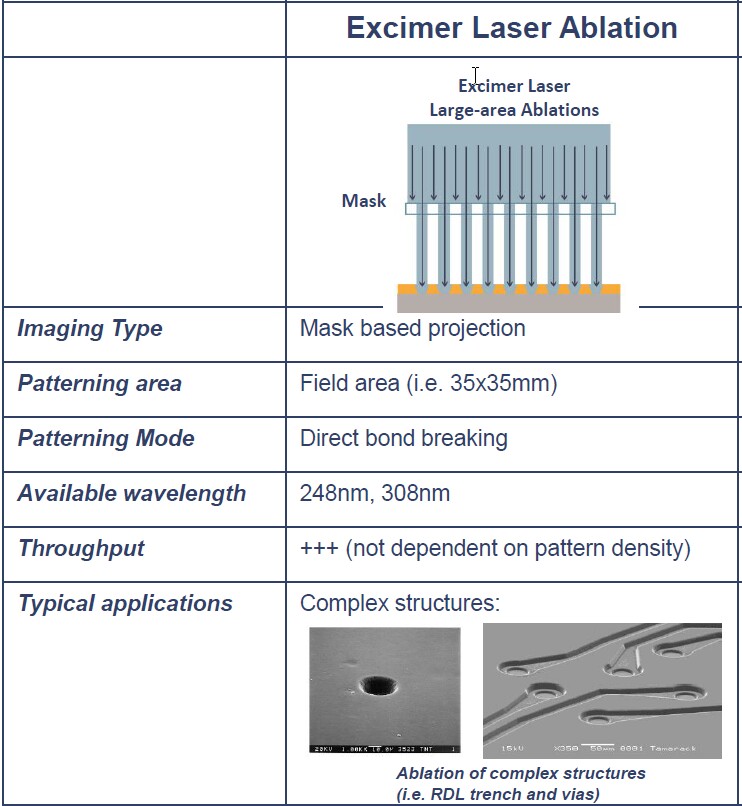 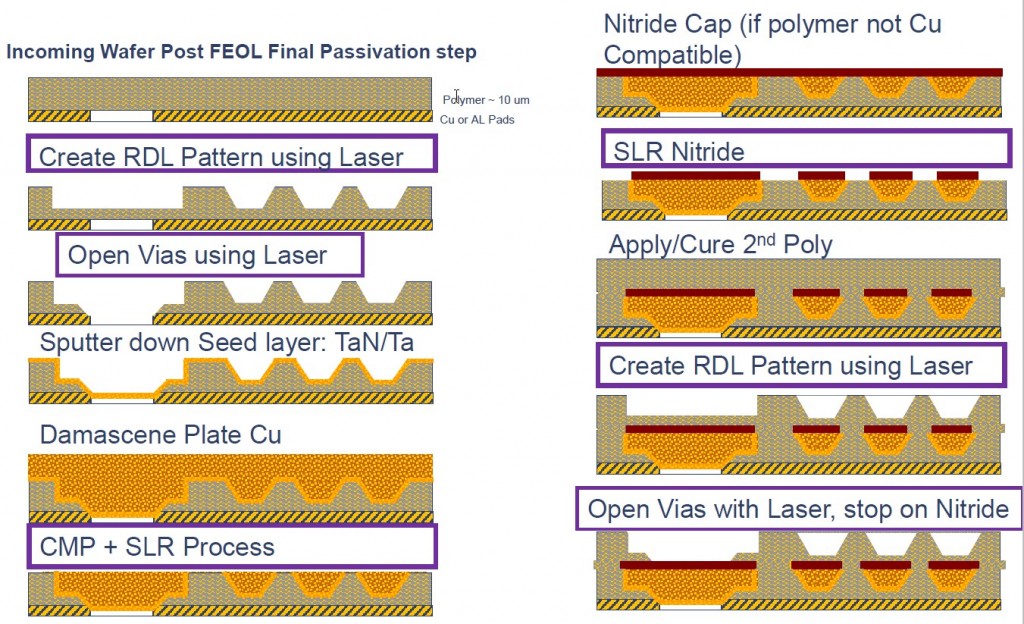 For all the latest on 3DIC and other advanced packaging, stay linked to IFTLEā€¦