ULVAC has developed an etch tool capable of both Bosch etching and their â€śdirect etchâ€ť process. Direct etch uses a mix of SF6 and O2 and can result in either a sloped or straight sidewall as shown below. They claim that the direct etch results in significantly shorted PVD time and that the taper vias can result in 80% less electro dep time when filling the vias.

Tanaka Kikinzoku shared their results on hermetic low temp sealing for MEMS and WLP. They developed a wafer level hermetic sealing process using a rim structure covered with sub micron gold particle paste by stencil printing as shown below. The maximum leak rate was found to be 10-14 PaÂ·m3/s (He) 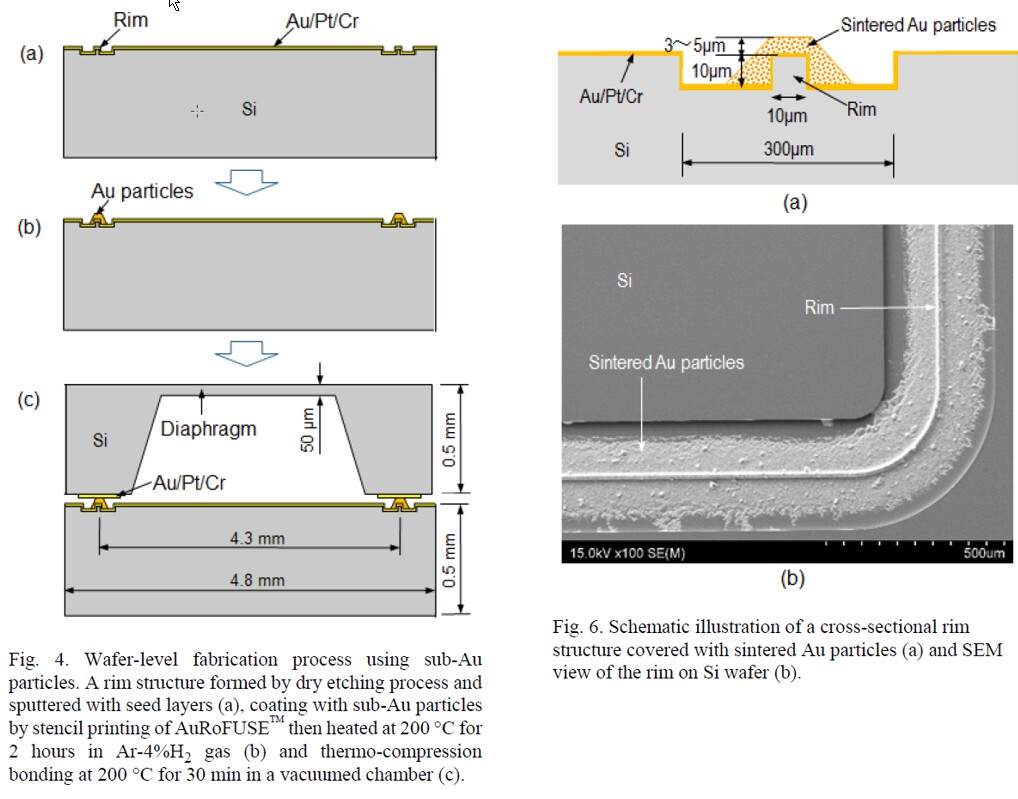 Asahi Kasssei (AKEM) shared their studies on the thermal cycle testing of organic passivations for WLSCPâ€¦well really they didnâ€™t share them and I have a few comments about that. Through the years I have complained about reports that fail to fully identify exactly what they are examining. Many of us know them as A,B,C,D papers â€¦.you know â€śA was much better than B and somewhat better than C and D.â€ť This complaint is not pointed only AKEM, but rather at the many companies and institutes who publish such papers.

Granted such papers can lead us in the right direction if they are commenting that certain properties lead to better results, but they can never be reproduced since no one else knows what it was that was examined.

AKEM introduced their studies by indicating that previous studies had found that PBO failed thermal cycling tests (TCT) earlier than PIs and they wished to know why. The problem is that there are many different types of PIs and PBOs. The examples you choose to compare will totally control the results that you get. The only hints we get is that their PI is a low cure version (â€śimidization of our specific PI is finished at 200Câ€ť) Would it have hurt to give us an experimental or commercial designation ? since AKEM has not chosen to share the structure of this material with us. Even worse is the identification of the PBO. The comment is made that â€ś..the cure temp of the typical photo PBO is over 300 Â°C â€¦â€ť It is not clear that this is the kind of example that they used and certainly not clear why they used a high temp cure PBO to compare to a low temp cure PI. Those of us in the field know that there are many low temp cure PBOs to choose from.

As an example their examination of strain change vs time (fig 11) they state that â€śstrain is effected by the polymer difference. Equivalent strain in the case of PBO is larger than PI because the modulus of PBO is lower than PI.â€ť Would it not be better to test two known PIs and two known PBOs of differing modulus to make this case? Since I do not know the identity of the two materials that they chose to compare, I cannot draw a clean conclusion about any of their results. I think you see the point.

Ormet has been around our industry since the late 1990â€™s optimizing their TLPS products. ORMET has recently been acquired by Merk. They view their materials as solder replacements for either hierarchical soldering (consecutive joints are soldered at sequentially lower temps) applications where solder remelt is a problem such as MEMS lid attach, SIP and PoP.Â Â  Also for high operating temp market segments such as power electronics. Basically the TLPS pastes consist of a high mp metal (copper), a low melting point alloy ( SnBi) and a flus-polymer phase. As the temp is raised the alloy begins to melt and reacts with the high mp metal to form high mp alloys or intermetallics until there is no longer a molten phase at that temp. Pastes are formulate specific to the application. 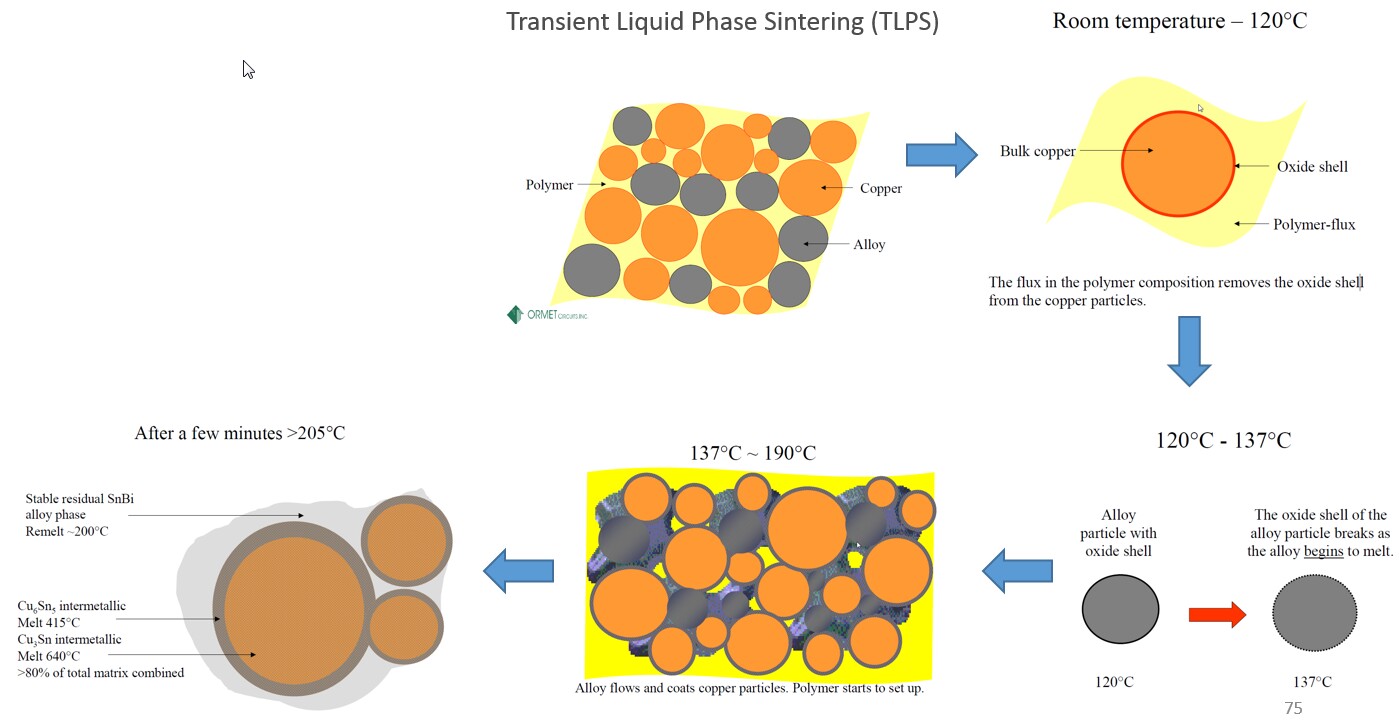 They have worked with Kemet to develop a line of pastes for MLCC attach (multi layer capacitors) for high temp applications. Such materials have passed high temp storage (175 C for 2000 hrs); thermal cycling (-40 to +175 for 2000 cycles) and temp humidity bias (50V, 85C/85%RH 2000 hrs) without any failures. Brittle Cu/Sn intermetallic phases are found to initiate some cracks but appear to terminate on the Cu particles.