Catching up on some recent stories of great importance to our electronics industry… and thus packaging.Â

IFTLE readers are well aware that China is in a â€śno holds barredâ€ť battle to become a major player on the IC fab scene. [See for example IFTLE 316 â€śYMTC and Chinaâ€™s desire for 3D NAND productionâ€ť; IFTLE 296 â€śâ€¦China the wild cardâ€¦â€ť]

Chiu indicated that â€śThe IC industries in China and Taiwan could team up as a powerful IC industry supply chain globallyâ€ť, adding that the Taiwan government should enable China based enterprises to cooperate with their Taiwanese peers.â€ť Taiwan IC fabs including TSMC, UMC and Powerchip have indeed taken China government support to set up production on the mainland.

Chiu also disclosed that SMIC has been developing 14nm FinFET chips and will be starting R&D on 7nm s technology in late 2017.

US Dept. of Commerce â€“ â€śChina Poses Threat to US Dominance in Semiconductor Industryâ€ť

In a related story, South China Morning Post is reporting that US Commerce Secretary Wilbur Ross sees the US semiconductor industry as still dominant globally but said he is worried that it will be threatened by Chinaâ€™s planned investment binge to build up its own chip making industry. [link]

Ross said that the Commerce Department is considering a national security review of semiconductors because of their defense implications in military hardware and their general proliferation in devices throughout the economy. Ross reportedly called Chinaâ€™s plans for massive state-directed investments in semiconductor manufacturing capacity under its â€śMade in China 2025â€ť program, which aims to replace mostly imported semiconductors with domestic products, â€śscaryâ€ť.

Commerce Department trade data shows that the â€śSemiconductors and related device manufacturingâ€ť category showed a trade deficit of $2.4B in 2016, with exports of $34.1B and imports of $45.6B which includes non-semiconductor devices such as solar cells and LEDs.

Waiting for the New Driverâ€¦Impatiently

Bloomberg is reporting Qualcomm Inc. and MediaTek are both showing slowing sales and declining margins as shown below [link].

They point out that this is due to a maturing of the mobile phone industry segment and look to â€śIoT and automotiveâ€ť to save things, but are impatient for this new drivers arrival â€śthe IoT should be the next big thing for chipmakers. The problem is that this era has yet to fully arrive, leaving them supplying a smartphone market thatâ€™s peakedâ€ť

IFTLE is a believer in the general concept of IoT, i.e. Rf transfer of data from inanimate objects, but as we have mentioned before we do not see this as a general boon to advanced packaging since such applications will require the absolute lowest priced packaging solutions, not typical of advanced packaging.

IFTLE considers automotive similarly. Certainly there is no question that there will be more and more electronics built into automobiles, but, based on my career at a major chemical company which had other divisions supplying plastics to the automotive industry, I can tell you that supplying the automotive industry is the antithesis of a high margin business for suppliers. Typically automotive business is used to fill he plant (in the industry this is called loading the plant) which in turn generates lower cost per unit volume which can be used to meet the lowball pricing required to get the automotive business while also increasing margins in other applications using the same materials but accepting a higher profit margin for the supplier.

If anyone out there thinks electronics is a tough industry to play in, try automotive!

Hope to see you all in a few weeks at the ECTC in Orlando. 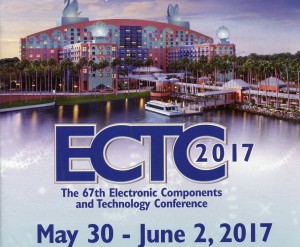 For all the latest in Advanced packaging, stay linked to IFTLEâ€¦