Several of you have asked how Hannah, Madeline and family have survived the floods down in Houston. Thanks for your concern. Luckily, the old time Texans built Rice University on high ground and my son bought in a neighborhood near there. However, that doesnâ€™t mean they didnâ€™t see water. The pic below shows Maddie standing on the sidewalk outside their house knee deep in water, but, as you can see to the right, it was nothing compared to other parts of the city!

Finishing off our look at the ASE Tech Forum, Plasma-therm (working with ON Semi and DISCO) examined Plasma die singulation. One would look to plasma dicing to avoid the damage caused by mechanical blade dicing or the HAZ caused by Laser dicing which requires as larger than normal street to act as a keep out zone. Stress is also reduced by plasma dicing as is shown in the figure below. It is also clear that plasma dicing can result in more die per wafer due to the smaller required street/kerf. 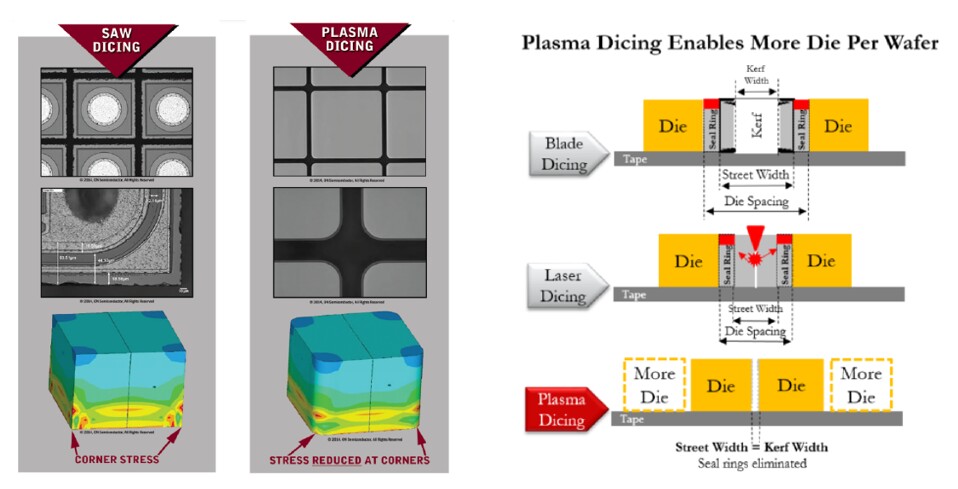 However, plasma dicing cannot etch through metal so any features in the streets (such as test structures) must be dealt with.

One solution is to isolate the test structures and process control monitors and etch around the die as shown in the fig below. 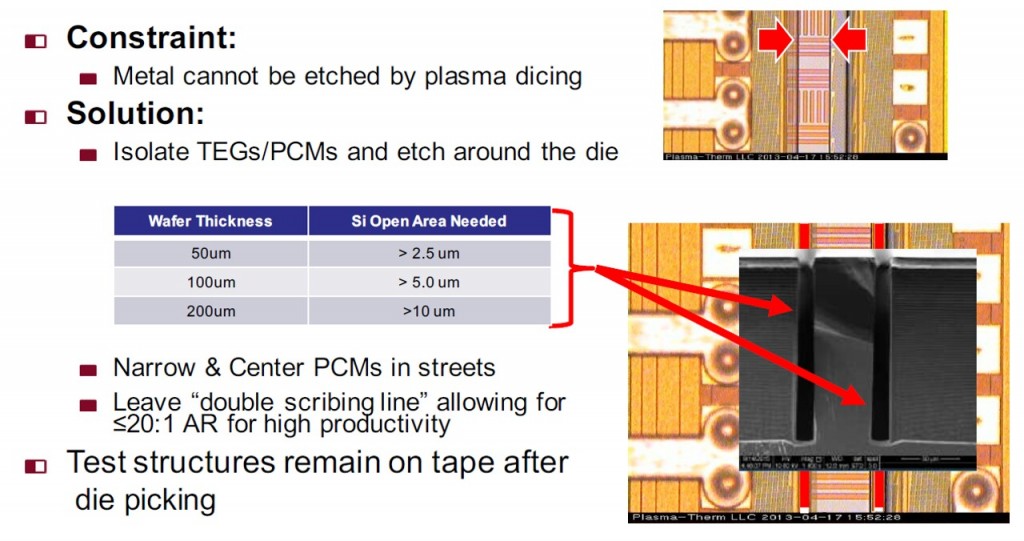 In terms of market adoption of plasma dicing, they offered the following slide showing us what was qualified in production and what was in development.

ASEâ€™s Chris Zinck in his examination of 3D packaging presented an interesting slide on 2.5/3D options plotting technology solutions vs substrate L/S capability. It is shown below. In their view what is evolving is a technology choice based on required density with std FC and PoP at > 10um; fan out using advanced laminate silicon-less RDL solutions between 10um and 1um and silicon interposers at less that 1 um. IFTLE is not so sure about the advanced substrate solutions in the 3-1um range , but in general this is a good way of looking at how the market is breaking out. 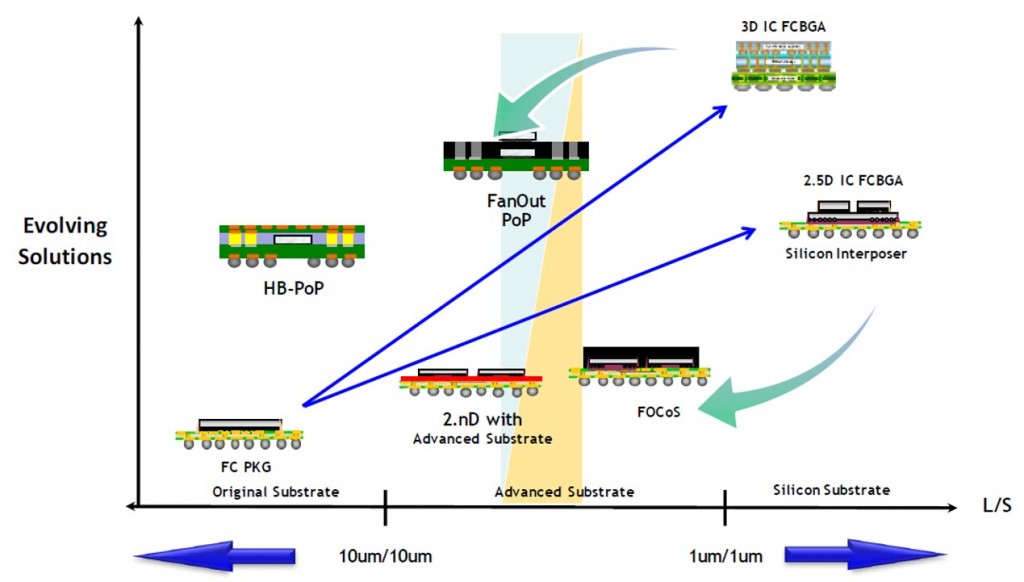 Hope to see many of you at this years fall IMAPS meeting which just so happens to be the 50th anniversary of IMAPS and just so happens to be down the road from me in Raleigh NC. As I explained a few blogs ago [see IFTLE 336 â€śISHM to IMAPSâ€¦â€ť ] IMAPS has been there since the beginning of our industry and it will be fun to see all of those who have contributed to packaging through the years.

For all the latest in advanced packaging, see you at IMAPS 2017 and, of course, keep reading IFTLEâ€¦