Let me start by saying this year‚Äôs IWLPC presented what I consider to be the best program in their history. Congrats to the organizing committee for upgrading the technical content of this conference. Collecting and sharing both the presentations and the papers was an added benefit to attendees.

We will first take a look at presentations that described new polymer dielectric advancements.

Conventional photosensitive PIs and PBOs have required curing temperatures greater than 300¬∫C to complete cyclization as well as advance polymerization. To formulate low temperature curable materials, they re-designed the polymer backbone in order to enhance cyclization and changed the cross-linker to form a strong network structure even when cured <200‚Å∞C. They presented the following table comparing ‚Äúconventional PI‚Äù (what ever that is ??) to the new generation PI as shown below. 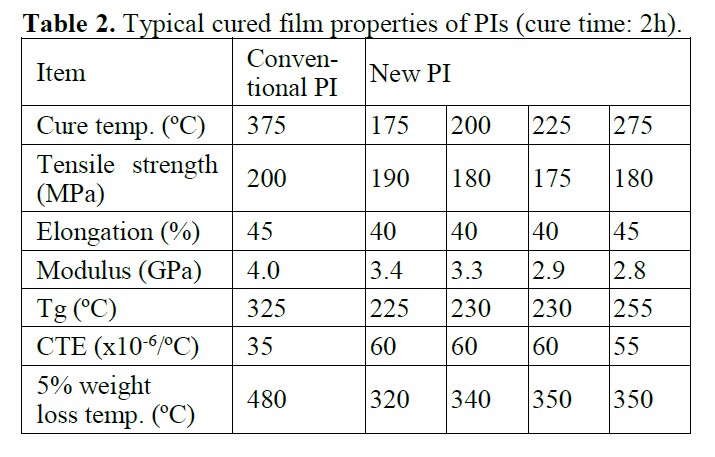 Generally positive tone photo-definable materials are composed of a PBO precursor, a photo acid generator, cross-linker etc. Regarding the new positive tone PBO, a suitable photo acid generator and cross-linker combination was selected to increase the resolution while also improving the adhesion to Cu, which has been a significant problem for past generation products. Properties are shown below. 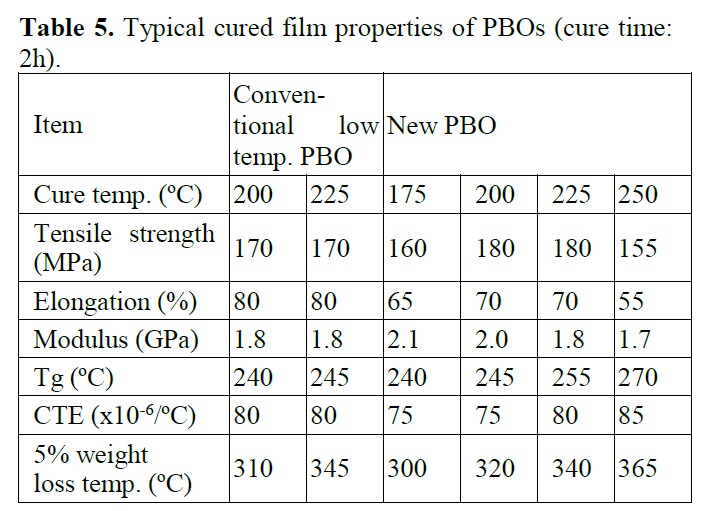 Dielectric materials for redistribution layers (RDL) are one of the most important materials for fan out panel level processing (FOPLP). Toray introduces a low-temperature curable positive-tone photosensitive dielectric material with the high elongation property for fabricating RDL on FOPLP. The high elongation property was achieved by the introduction of flexible molecular skeleton in the base polymer backbone to increase the entanglement of each polymer chain. Cured films showed elongation up to 80%. This positive-tone photosensitive material offers fine pattern (3 um trench and 5 um line and space) with good sensitivity (300 mJ/cm2 (i-line)) and shows high chemical resistance toward resist strippers. Properties of their new PI are shown below. 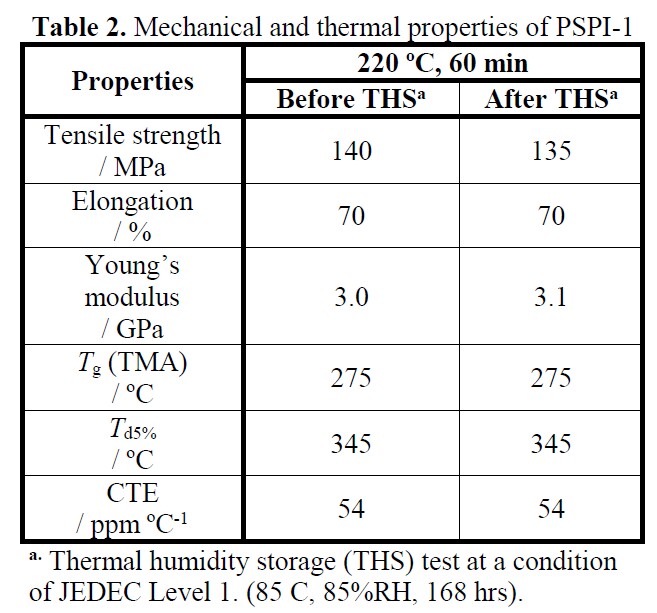 Fukuhara of Hitachi Chemical described their ‚ÄúPhoto-sensitive Insulation Film for Encapsulation and Embedding‚Äù¬ÝConventional PoP with flip chips mounted on BGA like substrates is shown below compared to a fan out PoP.

In order to make a high density connection between upper and lower packages, it is necessary to form fine pitch through holes on the bottom package. These through hole vias can be formed by laser drilling. HC has developed a laminate photo film which allows encapsulation of the die and subsequent photo formation of the required vias through the film as shown in the process below. 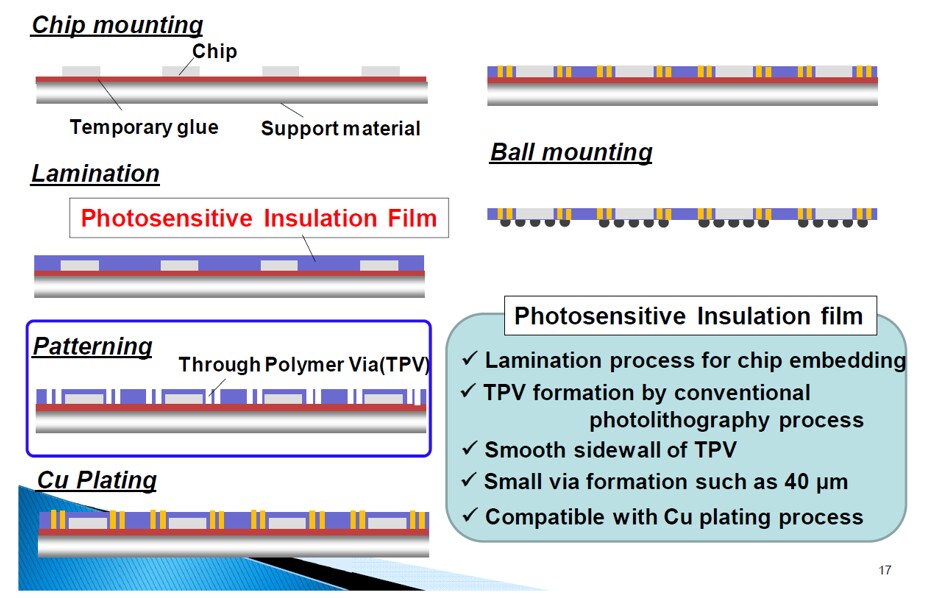 Reliability results are show below.

Onozeki of Hitachi Chemical discussed ‚ÄúWafer Level Packaging Materials and Processes‚Äù where he examined the influences of the material properties of temp bond adhesives (TBA) and epoxy mold cmpds (EMC) on the warpage of FO-WLP during the fabrication process by both of the experiments and finite element analysis.

For TBA, it was found that ‚Äúthe deformation of TBA results in relatively free shrinkage of EMC on the support, and Young‚Äôs modulus of TBA influences on the warpage most significantly. The small Young‚Äôs modulus TBA suppressed the warpage regardless of the support materials‚Äù. As for the EMC, ‚Äú‚Ä¶the low Young‚Äôs modulus, low CTE and low Tg are effective to reduce the warpage after post mold curing. The warpage after grinding EMC was smaller than those after post mold cure and there was no big difference in the influence of the mechanical properties‚Äù. As for FO-WLP structure, the wide die pitch, thin EMC and thick die are effective to reduce warpage. Especially, the wide die pitch contributes to reduce the warpage. 4 layers re-distribution layer with line and space of 2 and 2 Œºm was successfully fabricated. The layers were interconnected with small diameter filled Cu vias of 5 Œºm. The vias were formed in the photosensitive dielectric material. A bias HAST test revealed that this material had enough insulation reliability.

For the next generation of high density FO-WLP, RDLs as low as 2um are reportedly required to support more I/O‚Äôs and multiple RDL layers. In this situation, RDL plating resists have to provide higher resolution with a wider common depth of focus margin than conventional resists because there are often large topographic gaps between the chip and the mold substrate. The plating resists must also be applicable for various plating solutions under each recommended process condition. JSR describes the development of a resist that has resolution to 0.7um L/S at 5um film thickness and has excellent resistance to various plating solutions.

For all he latest on Advanced Packaging, stay linked to IFTLE‚Ä¶