Continuing our look at the 14th annual 3DASIP Conference.

Cost reduction has focused on units/hr for the TCB process:

Tacking has the potential to move machine UPH from 1700 to 3500 for a 4 die stacked process using NCF if a separate gang process is used. 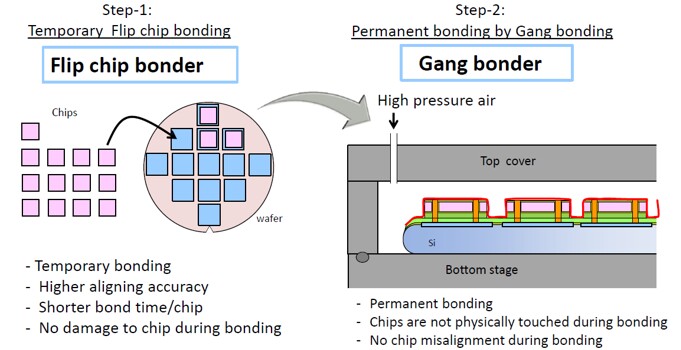 As shown below the thickness of the NCF must be exact or the interface will suffer from particle entrapment or voiding. 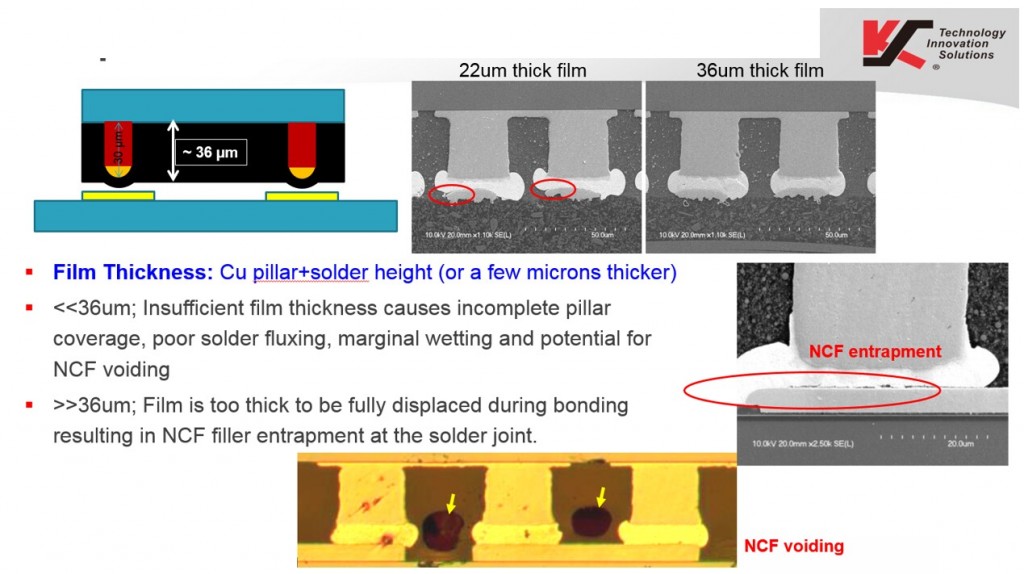