The 14th 3D ASIP Conference (3-D Architectures for Semiconductor Integration and Packaging) has officially ended. It was decided that the longest running focused 3DIC conference was no longer needed by the community since the technology is now fully commercialized in 3D memory stacks and numerous high end applications. For sure, there will be further advances in 3D, 2.5D and ancillary technologies, but it was felt that they could best be handled at your standard advanced packaging conferences. As they say “Itâ€™s best to go out when your still on top.”

3-D Architectures for Semiconductor Integration and Packaging, or 3D ASIP as it became known, started in 2004 sponsored by RTI International as a means of showcasing its wafer to wafer bonding technology being developed by spin out Ziptronix. Through the first 12 years it was organized under RTIâ€™s Matt MeCray, who, although not a technologist in the area, developed the vision of having a conference on 2.5/3D technology focused on commercialization and business issues and focused on corporate and Institute “invitation only” presentations. For 14 years, hundreds of 3D practitioners assembled in Burlingame CA ( except for a 1 years hiatus in AZ) in early December to discuss the latest breakthroughs in the area. I joined the team as a program chair in 2008 working with Matt to define the programs content /speakers. After working with Matt for 7 years he moved on to do other things in RTI after the 2014 meeting. In 2016 RTI transferred the meeting to IMAPS where it has resided the past two years being chaired by Mark Scannell â€“ Leti, Mitsu Koyanagi-Tohoku Univ. and myself. Below you will find some photos of those involved with the conference through the years and those who have served as program chairs.

A personal thank you to all presenters, who were a whoâ€™s who of the 2.5/3D world, and attendees. For me it was an enjoyable decade. I hope it was informative and enjoyable for all of you as well. 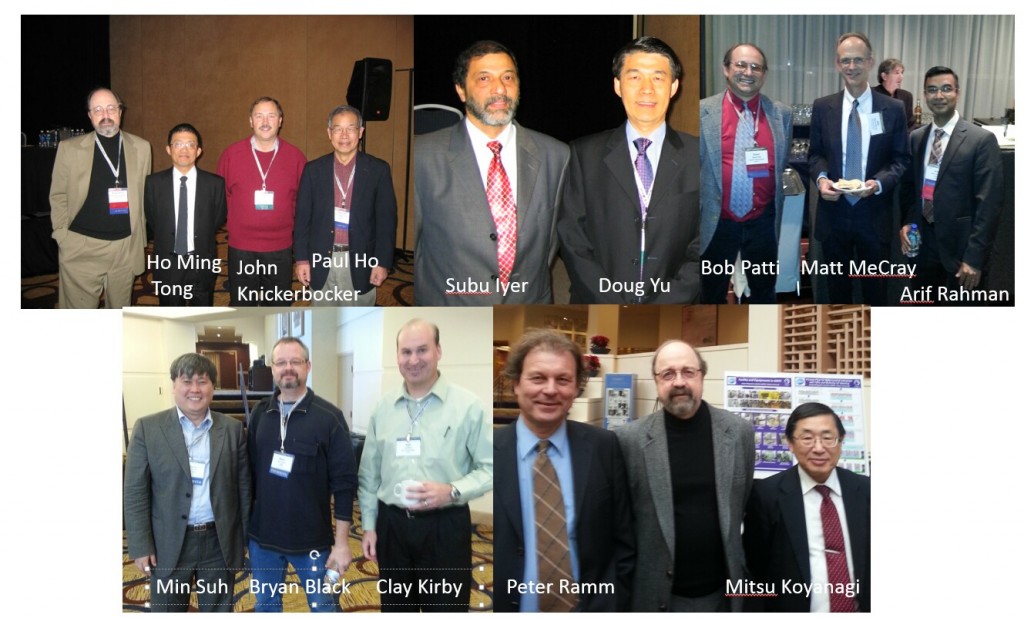 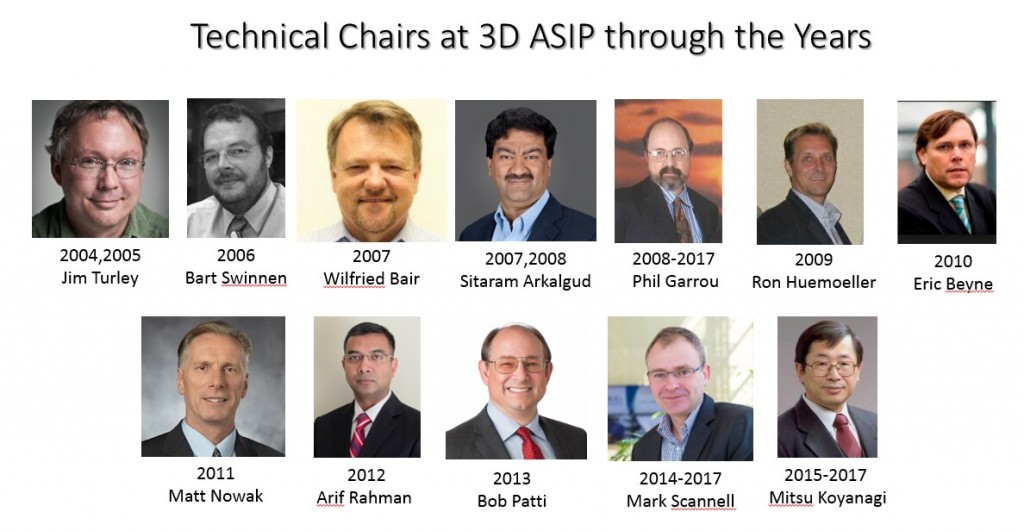