The 14th Int Conf on Device Pkging was held at its normal site, Ft. McDowell, AZ, last week. I normally show a picture of the general chair of the meeting and I will this time also (below), but I thought it was about time we gave due credit to the IMAPS staff that makes the meeting possible.Â Â  Below we see (L to R) Dir of Program Dev, Brian Schieman; Membership Admin, Shelby Moirano and Exec Dir Michael Oâ€™Donoghue. Events Mgr Brianne Lamm was back in NC holding down the fort, so to speak. 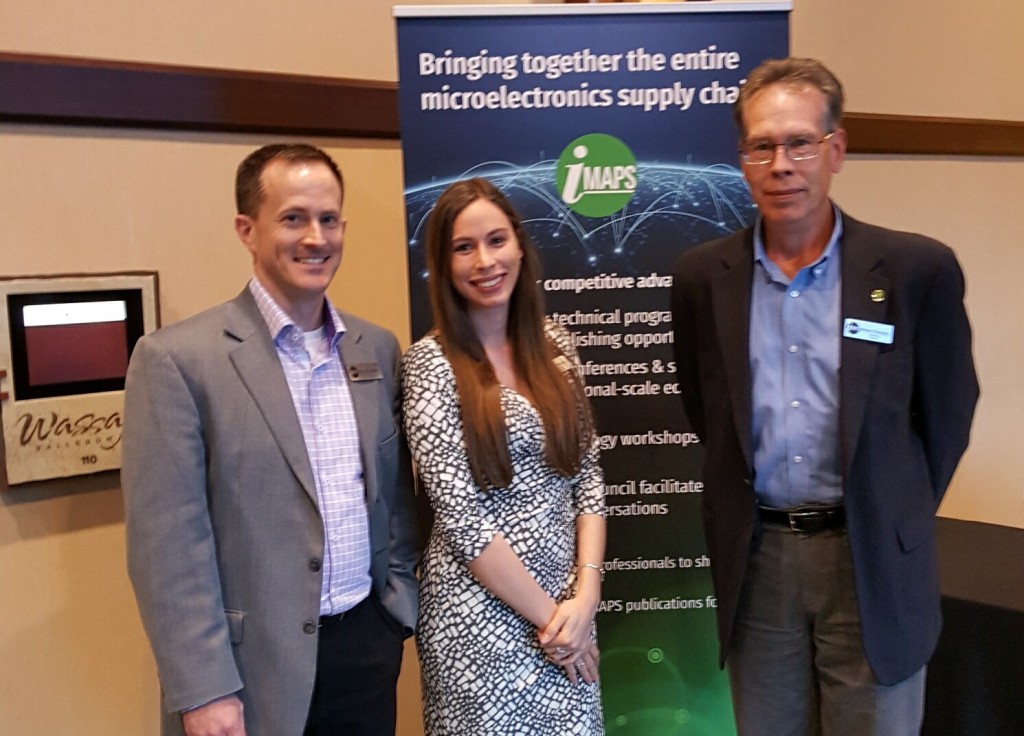 On Tuesday night, we were all entertained by a local Indian tribe that showed us their various ceremonial dances. Below Chairman Ramm poses with the tribes dancers. 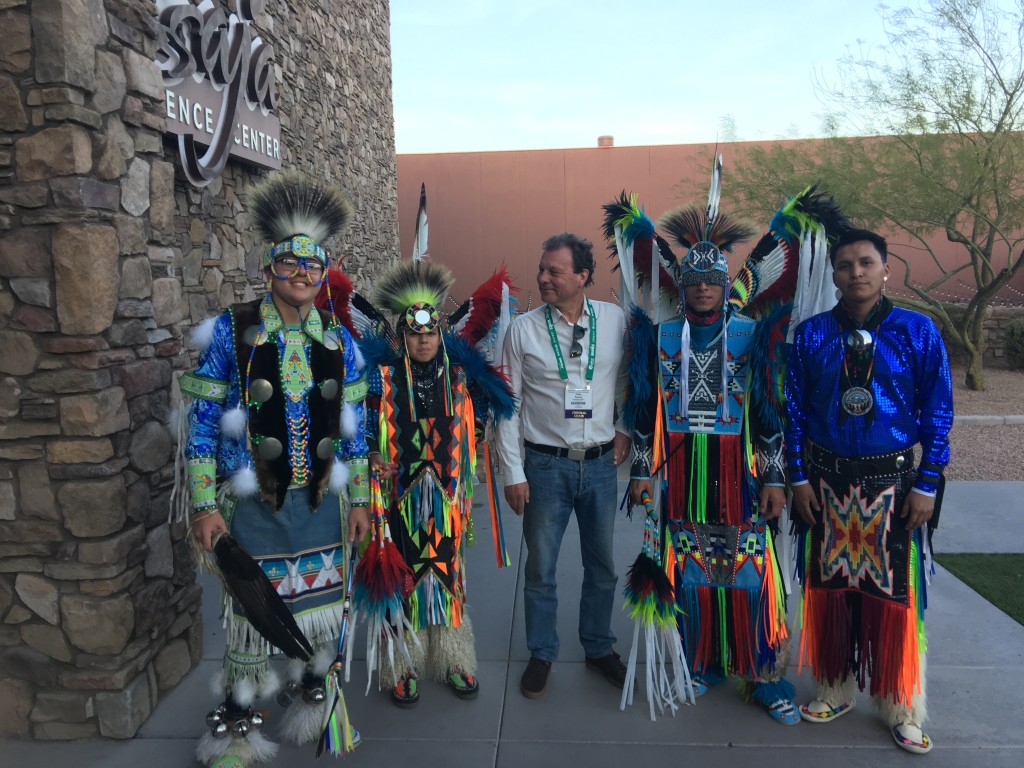 The most entertaining event of the conference was certainly the 3DInsights awards gala on Wednesday night which included, in addition to the awards ceremony, a barbecue dinner, an awards ceremony quiz and a dress up photo booth.

There were 40 nominees from 26 companies and four research institutes competing for awards in 9 categories. An amazing 40,619 votes were cast online. Winners were:

Device Manufacturer of the Year: Amkor Technology for its acquisition of NANIUM.

EDA Supplier of the Year: Mentor, A Siemens Business was nominated in recognition of the efforts of Juan Rey, VP of Engineering, at a number of 3D-IC focused conferences in 2017.

Equipment Supplier of the Year: FRT GmbH was nominated in recognition of its third gen surface metrology tools that combine multi-sensor technology and hybrid metrology in one measuring system.

Material Supplier of the Year: Semblant for their MobileShield technology, a nano-coating that protects mobile phones from water damage and corrosion.

Process of the Year: F.A.S.T., KOBUSÂ  was nominated for combining the CVD and ALD deposition.

Research Institute of the Year: Fraunhoffer IZMÂ  was nominated for launching a consortium to bring research and industry together on all questions of implementing panel level packaging (PLP)

The dress up photo booth was certainly lots of fun. Below we see General Chair Peter Ramm, 3DIncites Francoise von Trapp and a group shot of the nights award winners.

Proceeds from the event went to two charities: the IMAPS Microelectronics Foundation, which exists to support student activities related to the study of microelectronic packaging, interconnect and assembly; and Phoenix Childrenâ€™s Hospital pediatric oncology programs which exists to save children with cancer.

Next week we will start to look at some of the key presentations.