Manufacturing activity continues to expand â€“ but at a slowing pace (Chart 1). The Global PMI was 52.5 in August, down from 52.8 in July and its recent high of 54.5 in December. PMI values >50 indicate an expansion.

World manufacturing growth has slowed but its growth rate varies significantly by region. Chart 2 compares the PMI values over time for the World, USA, Europe and China. Recently China and Europe have registered slower growth but U.S. growth is expanding (based on the Institute for Supply Managementâ€™s PMI). How long U.S. manufacturing will continue to accelerate remains to be seen. Geopolitical issues abound. 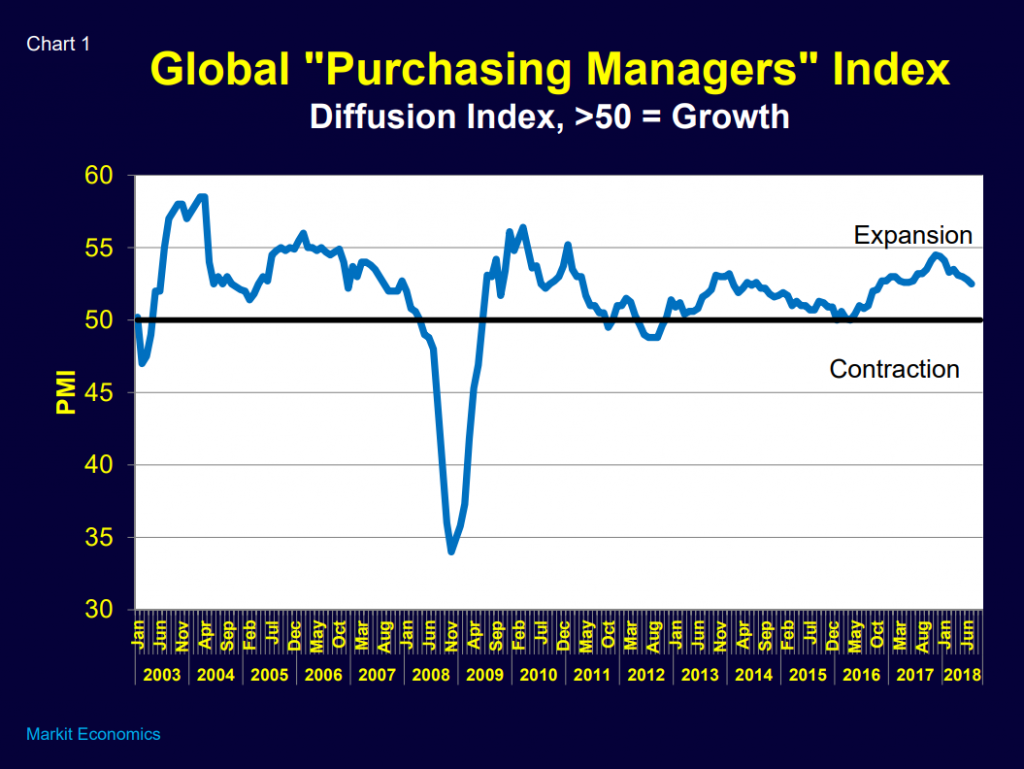 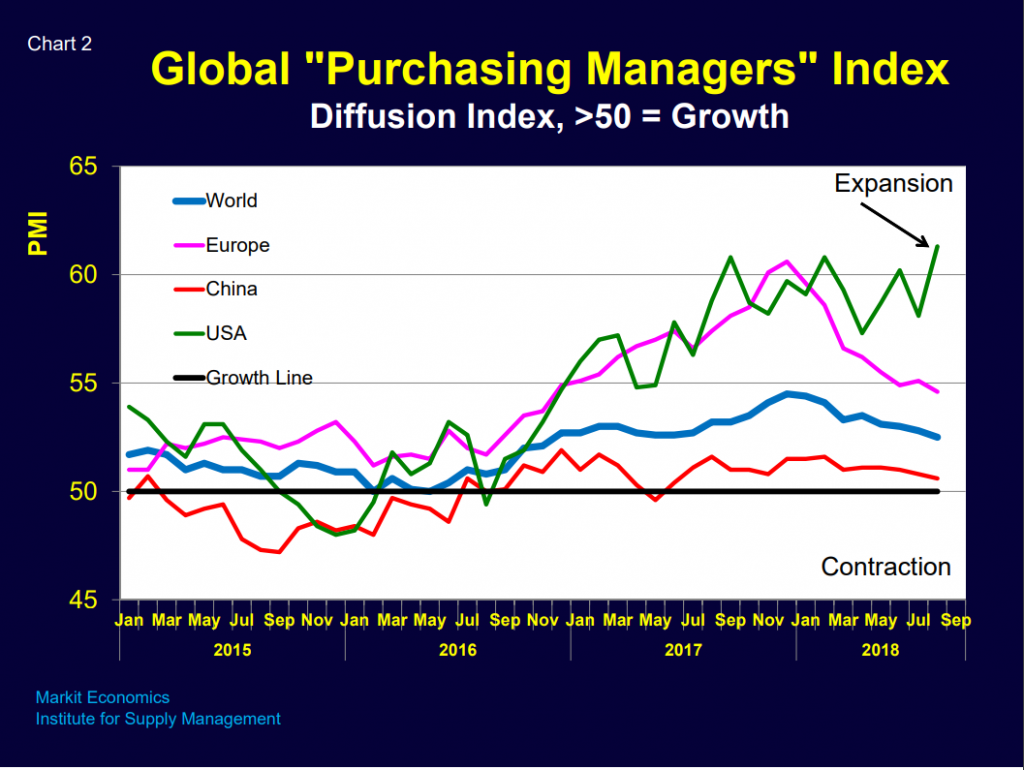 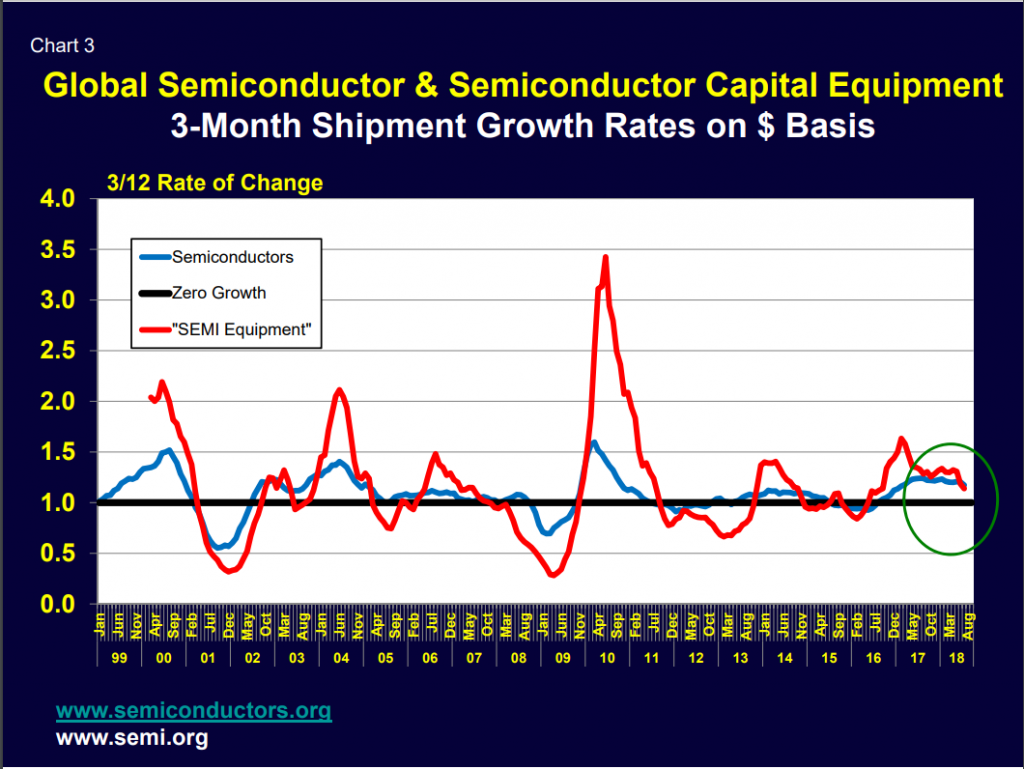 However, SEMI equipment growth rates also vary widely by region. Per Chart 4, China growth is accelerating, Taiwan and South Korea are contracting, and Europe and the USA are still expanding but at slower rates. 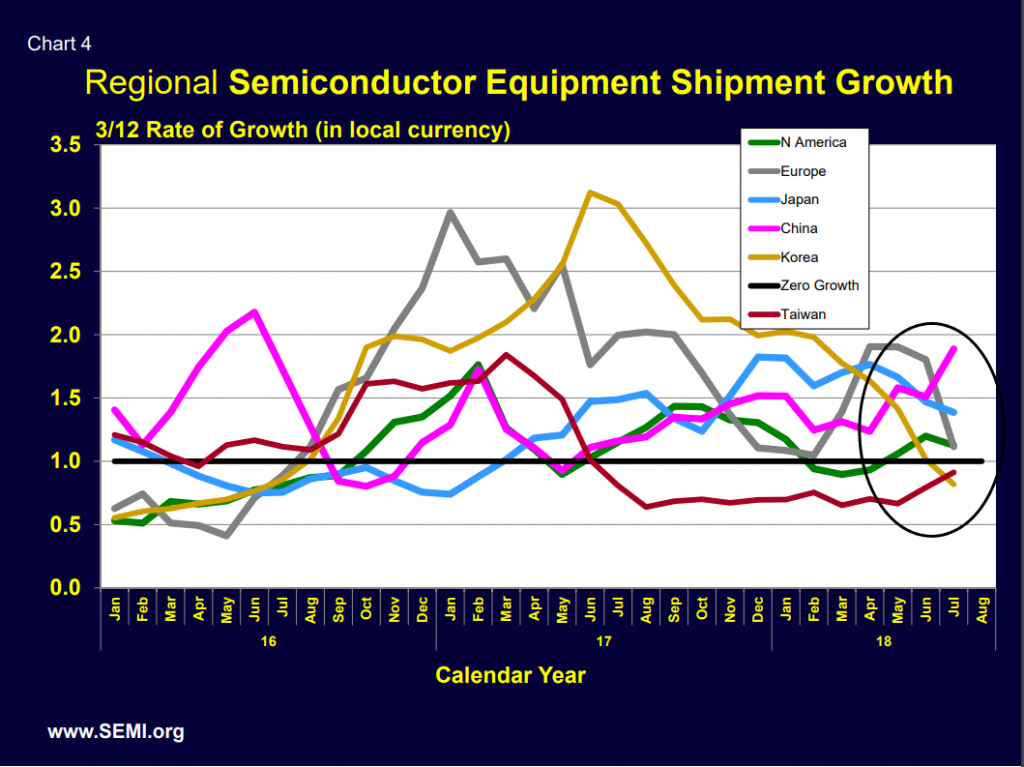 Timely World and regional industry information is key to understanding present and future business conditions and this data requires careful watching in these fast-changing times.