IBMâ€™s Hybrid Laser Release Process has been licensed by EV Group for inclusion in their low-temperature laser debonding equipment (link).

The IBM technology will reportedly help EVG address the industryâ€™s requirements for temporary bonding and debonding, including high throughput, low wafer stress for high yield, and low cost of ownership of the laser equipment, processing and consumables. The EVG offering will encompasses techniques to help protect chips from heat and laser damage, as well as chemical clean technologies for device and carrier wafers.

Post debond cleaning is a topic that is rarely discussed but very significant from a manufacturing standpoint. Following debonding, residual polymer materials are left on the substrate. The residue level is dependent on the ablation condition. Laser fluence and total accumulated number of laser pulses need to be optimized for a given polymer adhesive. After debonding, any residue or remaining polymer adhesive needs to be cleaned prior further processing. The cleaning may be accomplished by several approaches including dry etching or chemical wet etching. 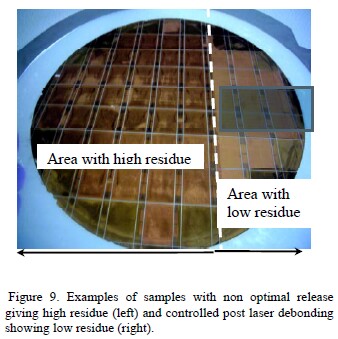 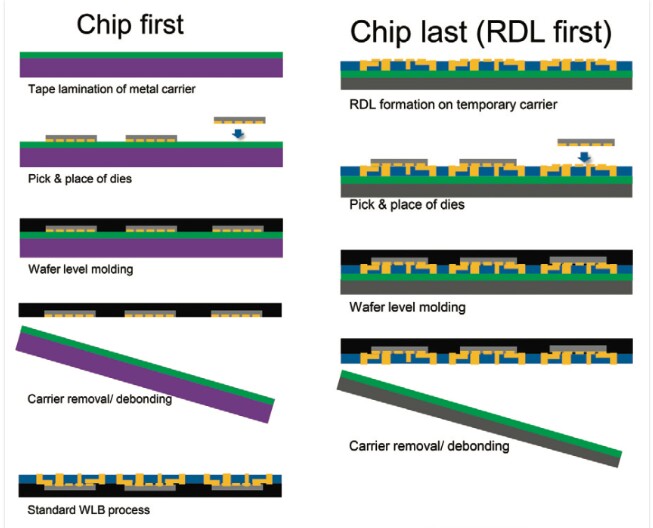 Fresh from their overtaking of Intel as the worlds #1 IC Chip producer, ETNews (Korea) reports that Samsung has reportedly now set its sights on Sony and CMOS Image sensors. (link)

Samsung Electronics is reportedly planning to increase its production capacity of image sensors and it has set a goal to become #1 in the image sensor market.

Since 2017, Samsung has reportedly been working to convert its line 11 in Hwasung that was used to produce DRAMs into a line (S4 line) that would be used to produce CMOS image sensors (CIS). Conversion to the S4 line is expected to be completed by end of this year. According to ETNews Korea , when this process is done, Samsung Electronics is going to immediately start the conversion process of its 300mm line 13 in Hwasung, that is used to produce DRAMs, into another line that will be used to produce image sensors. Line 13 line can produce about 100,000 units of DRAMs per month, but because image sensors ae a more complex deposition process, it is expected that production capacity for CIS will be reduced by about 50% after conversion. They further report that Samsung Electronics will have a total production capacity of 120,000 units / mo of CIS after these conversion processes are over.

The Samsung ISOCELL Fast 2L3 is a high speed 3 layer 3D stacked CMOS image sensor designed with a 2 Gb LPDDR4 DRAM attached below the analog logic layer. With the integration, the image sensor can temporarily store a larger number of frames taken in high speed quickly onto the sensorâ€™s DRAM layer before sending frames out to the mobile processor and then to the deviceâ€™s DRAM. This allows the sensor to capture a full-frame snapshot at 1/120 of a second and also to record super-slow motion video at up to 960 frames per second ( 32 times the typical filming speed of 30 fps).

The design is similar to that of Sony who was the first to report integration of DRAM into the 3D CIS stack (see IFTLE 272 â€ś2015 3D ASIP Part 1: Pioneer Awards; Sony 3D stacked CIS; Latest on SPIL Acquisitionâ€ť)

ETNews reports that the number of customers purchasing Samsung image sensors is currently over 10 as Samsung Electronics is increasing points interactions with major mobile devices and automotive customers.