Self-driving cars have been all the rage in both the trade and popular press in recent years. I prefer the term â€śautonomous vehicles,â€ť which more broadly captures the possibilities, encompassing not only small passenger vehicles but mass transit and industrial vehicles as well. Depending on whoâ€™s talking, we will all be riding in fully autonomous vehicles in five to 25 years.

The five-year estimates come from startups eager to raise venture capital while the 25-year estimates stem from Tier 1 automotive suppliers who tend to be more conservative in outlook. Regardless of the timeframe, a multitude of investors â€“ national governments, venture capitalists and companies â€“ are dedicating significant capital and effort to make autonomous vehicles a reality.

I must admit that I did not fully grasp the enthusiasm for self-driving cars until last year. First, Iâ€™ve always enjoyed driving, unless Iâ€™m in stop-and-go traffic, so I couldnâ€™t imagine relinquishing the task. Second, Iâ€™ve deliberately arranged my life to spend minimal time in my car. However, traffic has become much heavier in my metropolitan area (Boston), and I know that many people in cities around the world face longer commutes and waste more time in gridlock. 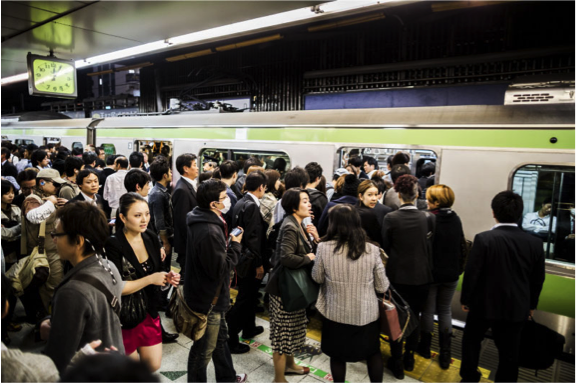 What is the solution to this problem that is only getting worse? I had an epiphany while walking through Shinigawa Station in Tokyo, one of the busiest train stations in the world. Dense streams of people crisscrossed the station on their individual paths, managing to avoid collisions without the aid of traffic controls. Evidently, humans have an innate collision-avoidance ability that makes traffic controls for pedestrian crowds unnecessary. If autonomous vehicles could achieve the same excellence in collision-avoidance, we could potentially reduce or eliminate traffic controls for vehicular traffic, providing a huge gain in transportation efficiency and relief from gridlock.

New and improved sensors, many based on micro-electromechanical systems (MEMS) technology, are key to achieving this vision. While MEMS inertial sensors (such as accelerometers and gyros) are already integral to the core safety systems in conventional vehicles, they are also essential to improved self-navigation in autonomous vehicles.

The challenge for MEMS suppliers is to deliver inertial sensors that meet the requirements for self-navigation systems, which are different and more demanding than for safety systems.

Pinpointing a vehicleâ€™s position requires â€śdead reckoningâ€ť based on inertial sensor signals as a supplement to GPS input. Undesirable drift in the inertial sensor signals due to mechanical quadrature, temperature sensitivity and noise can quickly add up to a large error in position that may result in a collision. To meet the more rigorous requirements for autonomous vehicles, suppliers must design MEMS inertial sensors that are substantially more precise and resistant to drift. This requires design software that is both extremely accurate and fast, as well as increasingly precise and reliable manufacturing capabilities.

Other MEMS-based devices, such as micromirrors and micro ultrasound transducers (MUTs), are also promising options for implementing vision and range-finding systems in autonomous vehicles. These sensing systems are needed for building electronic versions of the human collision-avoidance abilities that I witnessed in Shinigawa Station â€“ and it is these systems that autonomous vehicles must emulate.

When will self-driving cars become a reality? Aside from the provocative question that got you to read this far, I donâ€™t have a definitive answer. It will undoubtedly occur in phases, ranging from the driver-augmentation systems available in todayâ€™s cars to the full autonomy and ubiquity that will allow reduction of traffic controls in 20 years or more. It is clear that the ultimate goals for autonomous vehicles are highly worthwhile, and that achieving those goals will require better-performing and more diverse MEMS sensors. 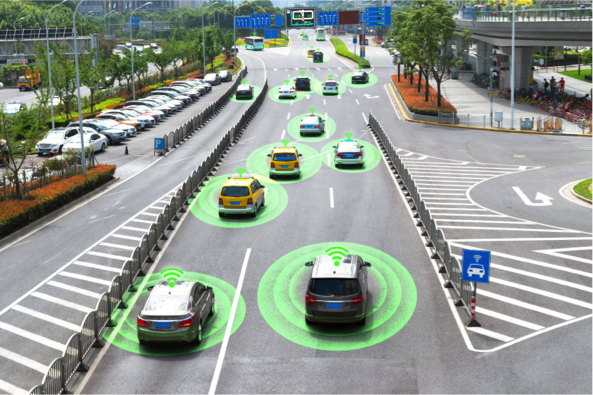 Stephen (Steve) Breit, Ph.D. has been responsible for overseeing development and delivery of Coventorâ€™s industry-leading software tools for MEMS design automation since joining Coventor in 2000. Steve holds numerous patents on software systems and methods for MEMS design automation and virtual fabrication. He holds a Ph.D. in Ocean Engineering from MIT and a B.S. in Naval Architecture and Marine Engineering from Webb Institute. For more information, visit: https://www.coventor.com