Unfortunately, despite its importance to the industry, trade has been transformed from an economic issue into a political one, raising many new trade challenges to companies throughout the semiconductor industry. 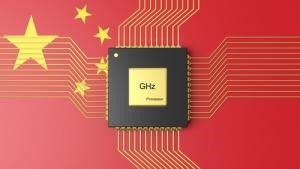 Chinaâ€™s investments in the industry will continue to anchor the country as a major force in the semiconductor supply chain. Chinaâ€™s outsized spending has spawned concern among other countries about the implications of these investments. According to SEMIâ€™s World Fab Forecast, 20 fabs are being built in China â€“ and construction on 14 more is rumored to begin in the near term â€“ compared to the 10 fabs under construction in the rest of the world. China is clearly outpacing the pack.

The Trump Administration has levied intense criticism of China, citing unfair trade practices, especially related to intellectual property issues. The U.S. Trade Representative has launched a Section 301 investigation into whether Chinaâ€™s practice of forced technology transfer has discriminated against U.S. consumers. Even as the probe unfolds, expectations are growing that the United States will take action against China, raising fears of not only possible retaliation in time but rising animosity between two trading partners that rely deeply on each other.

A number of other open investigations also cloud the future. The Administration launched two separate Section 232 investigations into steel and aluminum industry practices by China, claiming Chinese overproduction of both items are a threat to national security. The findings from these investigations will be submitted to the President, who, in the coming weeks, will decide an appropriate response, which could include imposing tariffs and quotas.

Another high priority area is Korea. While U.S. threats to withdraw from the U.S.-Korea Free Trade Agreement (KORUS) reached a fever pitch in August, rhetoric has since tempered. Informal discussions between the countries on how best to amend the trade deal are ongoing. The number of KORUS implementation issues aside, continued engagement with Korea â€“ instead of scrapping a comprehensive, bilateral trade deal â€“ will be critically important for the industry.

Lastly, negotiations to modernize the North American Free Trade Agreement (NAFTA) will continue this year. The United States wants to conclude talks by the end of March, but with the deadline fast approaching and the promise of resolution waning, tensions are running high. Notably, the outcome of the NAFTA talks will inform and set the tone for other trade action.

Whatâ€™s more, a number of other actions on trade will take place this year. As we wrote recently, Congress has moved to reform the Committee on Foreign Investment in the United States (CFIUS), a government body designed to review sales and transfer of ownership of U.S. companies to foreign entities. Efforts have also started to revise the export control regime â€“ a key component to improving global market access and making international trade more equitable.

SEMI will continue its work on behalf of its members around the globe to open up new markets and lessen the burden of regulations on cross-border trade and commerce. In addition, SEMI will continue to educate policymakers on the critical importance of unobstructed trade in continuing to push the rapid advance of semiconductors and the emerging technologies they enable into the future. If you are interested in more information on trade, or how to be involved in SEMIâ€™s public policy program, please contact Jay Chittooran, Manager, Public Policy, at [email protected].