Micross Components of Orlando, FLA announced the acquisition of RTI Internationalās Microsystem Integration and Packaging group and fab in Research Triangle Park, NC. Some of you may recall this RTI site as The Microelectronics Center of NC (MCNC) in the late 19080s through early 2000ās.

This acquisition brings the RTI wafer bumping, 2.5D/3D packaging and interconnects technologies to the hi-reliability electronics platform of Micross. Micross plan is to expand its capabilities to serve customers in the defense and medical electronics sectors with these newly acquired advanced packaging technologies.

The financial details of the acquisition were not revealed.

In IFTLE 303, we indicated that Sony was using the Ziptronix DBI process in their image sensors for the Samsung Galaxy S7 [link] 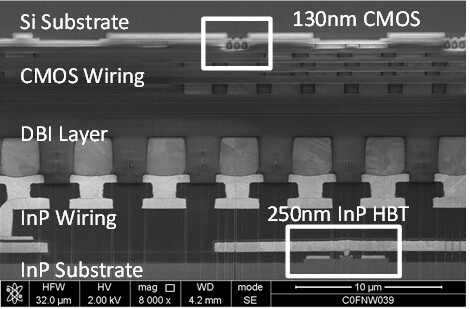 Over the next few weeks we will review some of the highlights of the recent Semicon Taiwan Conference. This week we will look at the āmarket trendsā forum moderated by Elizabeth Sun of TSMC.

IBS projects the Semiconductor market to decline in 2016. He market broken out by product type is shown below: 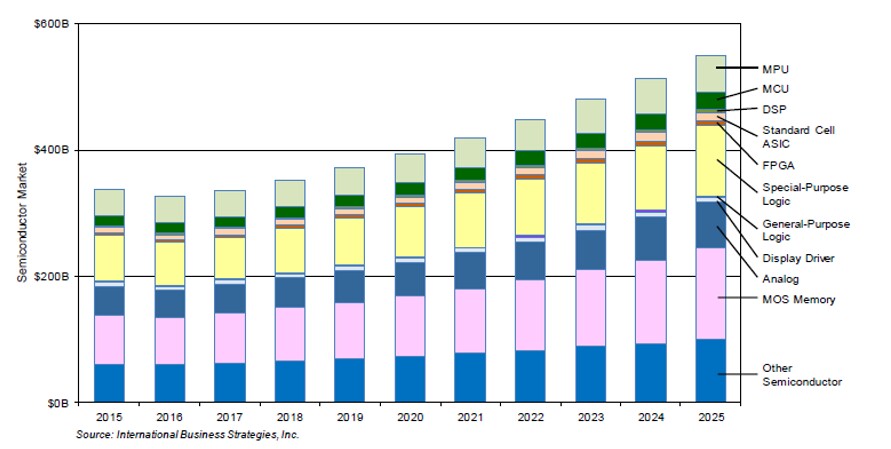 IBS projects that 3D NAND flash will overtake 2D NAND Flash in 2018. 64 layers should be in volume production in 2017. Samsung appears 12-18 mo ahead of its competition. 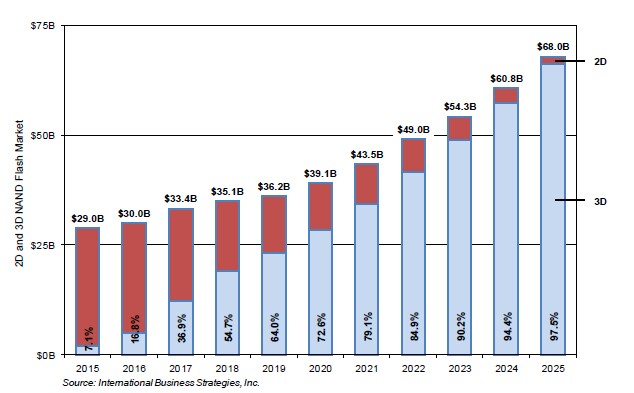 Wafer fab activity in China shows a strong emphasis on memory as shown below. However Chinese DRAM vendors are not expected to have a large impact on supply before 2020.

Of the 21 fabs beginning construction, 11 will be in China. 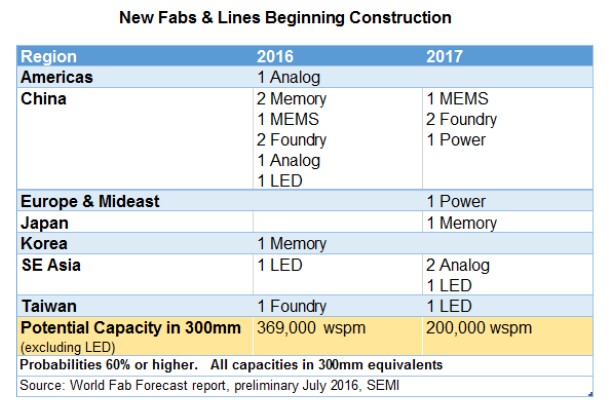 The wafer materials forecast is shown below: 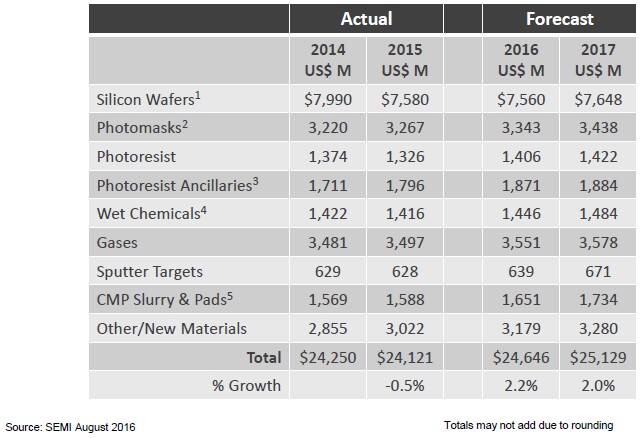 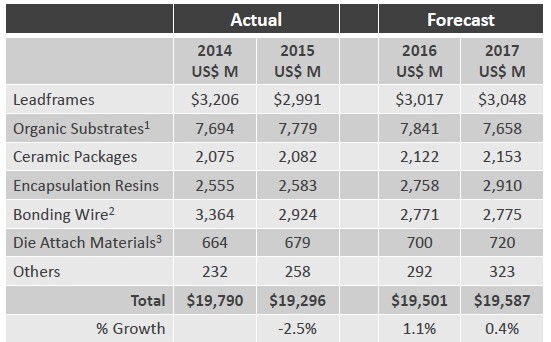 A key factor here is that laminate based substrates will begin to feel the pressure of FOWLP packaging as they take market share. Ā