The International Technology Roadmap for Semiconductor (ITRS) is being reframed to focus more on end applications, such as smartphones and micro-servers. Labeled ITRS 2.0, the new roadmap is a departure from a strong focus maintaining the path defined by Mooreâ€™s Law. The original ITRS was published in 1992 at the National Technology Roadmap for Semiconductors; it became the ITRS in 1998.

In an IEEE paper published late last year titled â€śITRS 2.0: Toward a Re-Framing of the Semiconductor Technology Roadmap,â€ť the roadmappers explain why itâ€™s time for a change. â€śAs new requirements from applications such as data center, mobility, and context-aware computing emerge, the existing roadmapping methodology is unable to capture the entire evolution of the current semiconductor industry. Today, comprehending how key markets and applications drive the process, design and integration technology roadmap requires new system-level studies along with chip-level studies.â€ť

The ITRS roadmapping committee has already been reorganized to focus on ITRS 2.0. There are now seven groups focused on what ITRS chairman Paolo Gargini calls the seven â€śbuilding blocks.â€ť

Gargini, who will be delivering a keynote at address at The ConFab 2015, said he it was clear that the ITRS needed to change in 2010 when tablets were gaining much traction. â€śBy 2012, I outlined to the ITRS groups that we were going to change. 2013 was a hybrid year where we were putting together the building blocks for the new environment. Then in 2014, thatâ€™s what we had done exclusively.â€ť 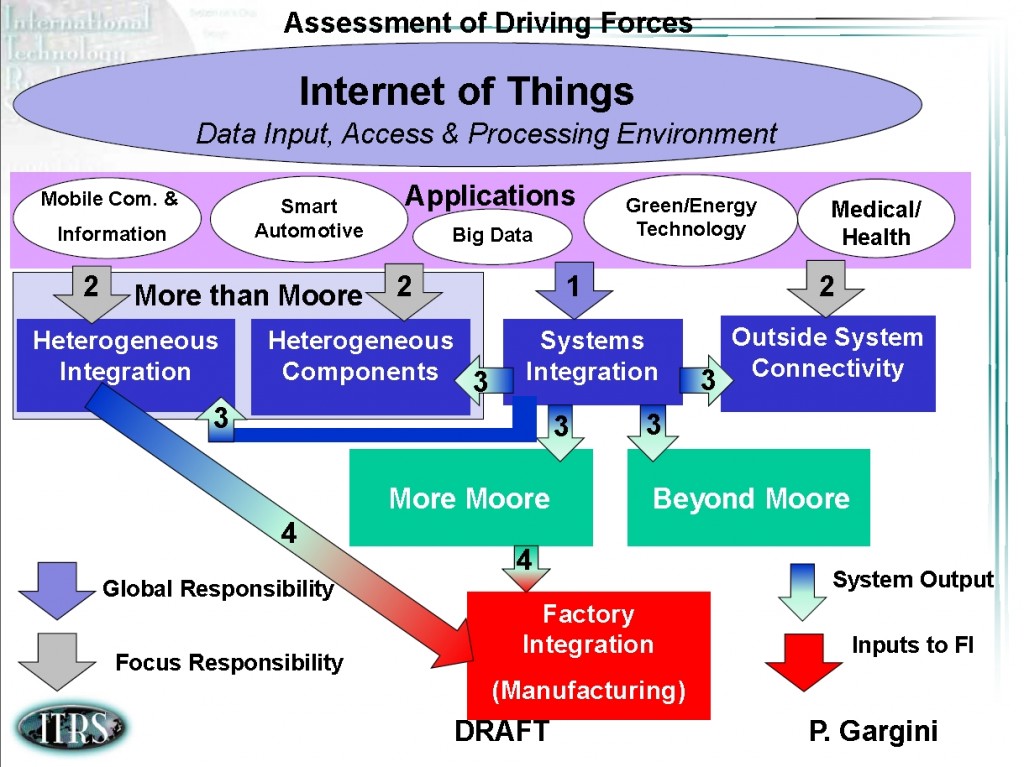 A revised ITRS was not released at the end of 2014, as has historically been the case. Gargini said the groups have been preparing white papers which should be released early this year. Weâ€™ll be publishing summaries in Solid State Technology, so stay tuned.

5 thoughts on “Reframing the Roadmap: ITRS 2.0”