The approved standards are the 12th and 13th models currently funded and supported by the CMC, a collaborative group that develops and maintains cost-saving SPICE (Simulation Program with Integrated Circuit Emphasis) models for IC design.

To reduce research and developments costs and increase simulation accuracy, the semiconductor industry relies on the CMC to share resources for funding standard SPICE models. Si2 is a research and development joint venture focused on IC design and tool operability standards. “Once the standard models are proven and accepted by CMC, they are incorporated into design tools widely used by the semiconductor industry. The equations at work in the standard model-setting process are developed, refined and maintained by leading universities and national laboratories. The CMC directs and funds the universities to standardize and improve the models,” Ellis explained.

Dr. Ana Villamor, technology and market analyst at Yole DĂ©veloppement (Yole), Lyon, France, said that “2015 and 2016 were exciting years for the gallium nitride power business. We project an explosion of this market with 79% CAGR between 2017 and 2022. Market value will reach US $460 million at the end of the period1. Itâ€™s still a small market compared to the impressive US $30 billion silicon power semiconductor market,” Villamor said. “However, its expected growth in the short term is showing the enormous potential of the power gallium nitride technology based on its suitability for high performance and high frequency solutions.” 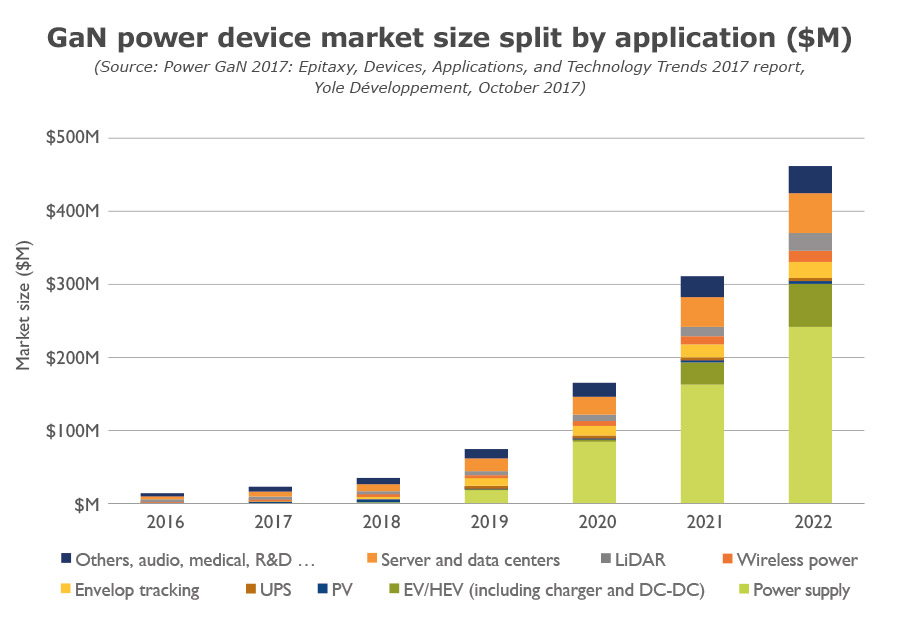 Peter Lee, manager at Micron Memory Japan and CMC chair, said that “Gallium nitride devices are playing an increasingly important part in the field of RF and power electronics. With these two advanced models established as the first, worldwide gallium nitride model standards, efficiencies in design will greatly increase by making it possible to take into account accurate device physical behavior in design, and enabling the use of the various simulation tools in the industry with consistent results.”