Happy New Year to ALL from IFTLE !

A little diversion from chip packaging this week. Let‚Äôs take a look at China‚Äôs YMTC. As we have explained several times on IFTLE, semiconductors have been China‚Äôs biggest import for more than a decade. Forbes reports that China buys about half of the world‚Äôs chips (> $200B / yr), producing the biggest gap in their trade deficits‚Äîeven ahead of oil. [link]

If your not in the memory business you probably have never heard of YMTC, but they are about to become the largest NAND memory producer in China.

One type of semiconductor China is particularly focused on is 3D NAND for mobile devices and solid-state drives. In 2015 YMTC announced that they were working with Spansion to co-develop 3D NAND technology. [link] 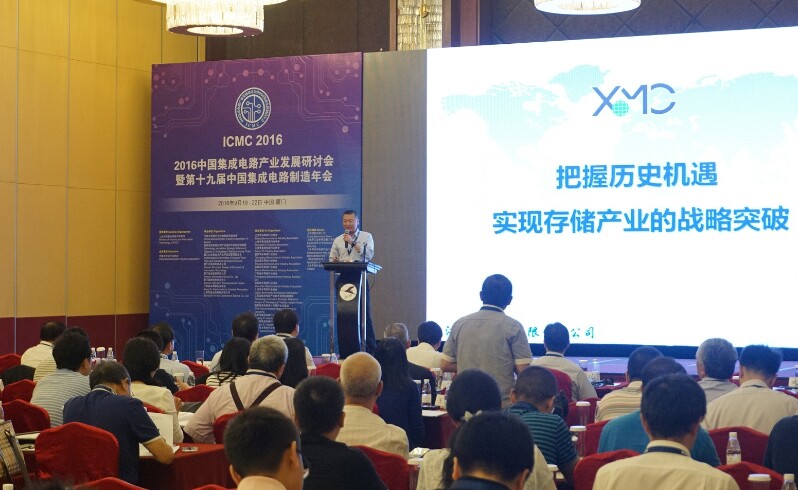 Yang explained that ‚Äú‚Ä¶both DRAM and NAND Flash are applied to many products ‚Ä¶. However, from the perspective of business operation, whether to start with DRAM or 3D NAND is both a technical issue and an economic one. If we go for DRAM, two extra problems pop up: first, rivals have massive depreciated products; second, demands for DRAM grow relatively slow. Therefore, I think M&A is a better choice for DRAM field. In contrast, flash memory cell technology is evolving from traditional floating gate to closed-loop-gate charge trap, and charge trap is one of the technological strengths of YMTC. 3D NAND is a major breakthrough for YMTC, and what we need to do now is to make 3D charge trap memory. The structure features high performance and low cost, which presents a great advantage.‚Äù Yang also indicated that 3D NAND would replace 2D NAND quickly and make profits during the depreciation period.

XMC announced a major NAND memory fab construction in March of 2016 which is expected to begin production in 2018 and reach a 200k wafers per month capacity within a decade. [link]

However it should be noted that Gartner recently published a report analyzing the probability of semiconductor projects in China, and estimated that there‚Äôs just a 40% probability of XMC being able to produce 100,000 wafers by 2020

It is felt that YMTC will likely require manufacturing technology from established international players such as Intel, Samsung, SanDisk, SK Hynix and Toshiba. Since those are too expensive to acquire, some feel YMTC remains focused on Micron. YMTC‚Äôs Tsinghua Unigroup tried to buy Micron for $23B last year but were blocked by the U.S. government. [link]

Forbes reports rumors that YMTC is still trying to work out a technology licensing and collaboration deal with Micron although this is being denied. [link]

Issues such as allowing China to buy into the US electronics industry are set to be examined by the Semiconductor industry working group of the Council of Advisors on Science and Technology (PCAST) in Washington. [link]

It is expected that Trump will take an even harder stance on such acquisitions to protect the US manufacturing which employs more than 250k workers and is the third-largest source of manufactured exports, according to the U.S. Commerce Department.

For those of you that missed it, Yole has recently released an interesting chart on the Issued IP in the 3D stacked memory field. As could be expected Samsung, SK Hynix and Micron/Elpida lead on the IP front. 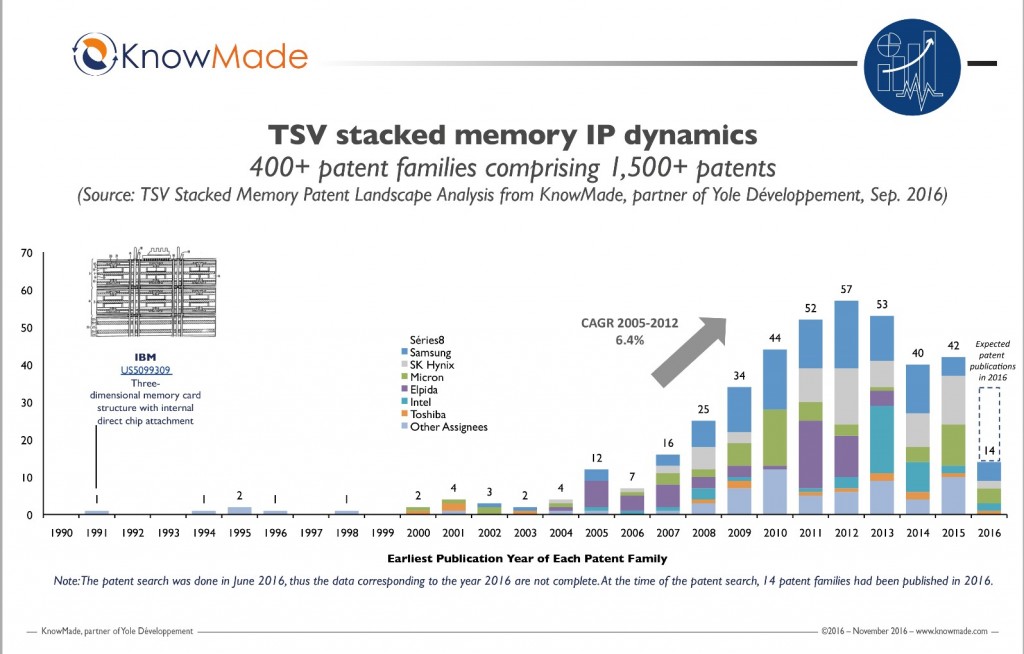 For all the latest in advanced chip packaging, stay linked to IFTLE‚Ä¶