Continuing our look at the SEMI 2016 ISS meeting.

Daniel Bakshet of Pacific Crest Securities pointed to the following changes in the semiconductor industry:

– compute functions are shifting from local to the cloud

– PC, tablet and smartphone demand is decelerating or declining

They use the figure below to make the point (as we have for several years in IFTLE) that moving to a lower node no longer results in lower costs.

They see less demand for advancements in local compute capability as more of the compute function is conducted in the cloud.

They project that device growth is more likely to come from lower end products and thus not likely to require leading edge chips. They actually predict a reasonably good chance that incremental wafer demand declines at the leading edge, while previous nodes thrive.

They see autonomous Vehicles and Robotics as the areas of future growth.

Micronā€™s presentation by Mike Sadler, VP of corporate Development focused on consolidation in the memory industry with the following interesting slide showing acquisition and partnership driven capacity growth at Micron.

Bob Johnson of Gartner showed this nice summary of when the remaining players have announced that they will continue scaling. 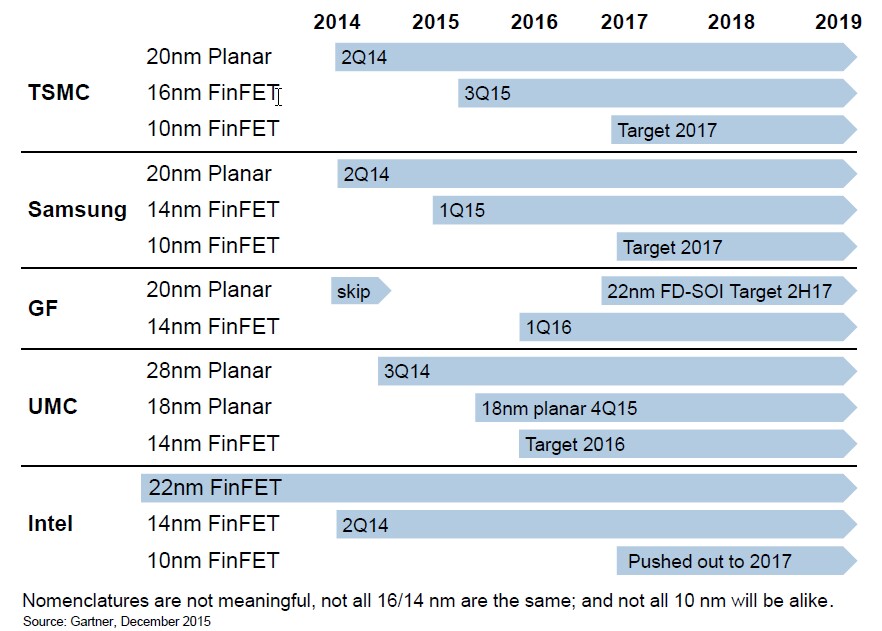 Sonny Hui of SMIC showed the following figure of the % of devices manufactured (assembled) in China. 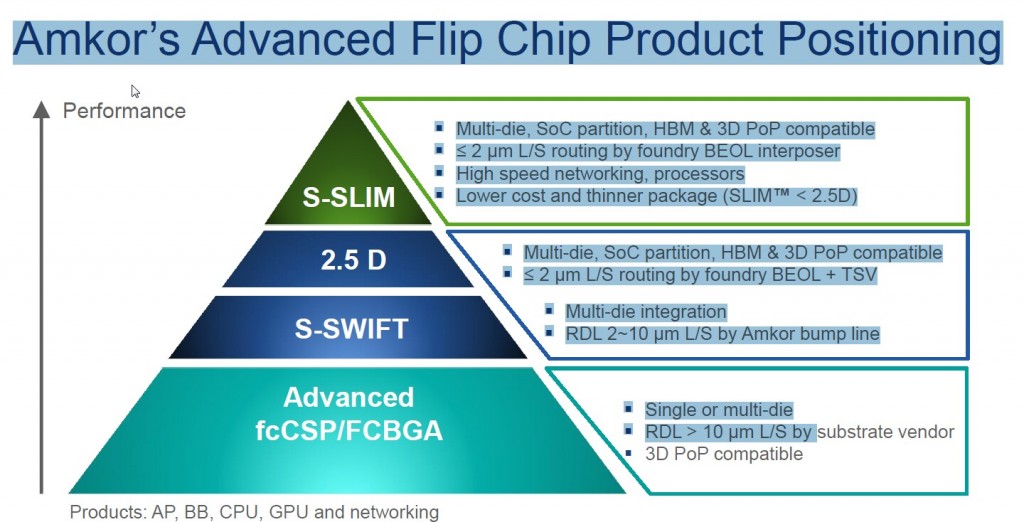 Reuters recently discussed the offers to acquire 25% stakes in ChipMos, PowrChip and SPIL by the Tsinghua group in China. [link]

The Chinese state-backed conglomerate aims to buy into the islandā€™s technology sector as a step toward building Chinaā€™s own semiconductor industry. Tsinghua made offers in quick succession late last year for a quarter each of chip testing and packaging companies Powertech Technology Inc, ChipMOS Technologies Inc and Siliconware Precision Industries Co Ltd (SPIL). The company plans to inject a total of $2.6 billion into the three in exchange for stakes plus one board seat at each with no management control. The offers came after Micron Technology Inc rejected Tsinghuaā€™s informal $23 billion takeover bid on the presumption of U.S. national security concerns.

Shareholders of Powertech and ChipMOS approved the plans in January as they seek capital to expand and survive in a global chip sector experiencing record merger and acquisition activity.

For all the latest in 3DIC and other advanced packaging, stay linked to IFTLEā€¦